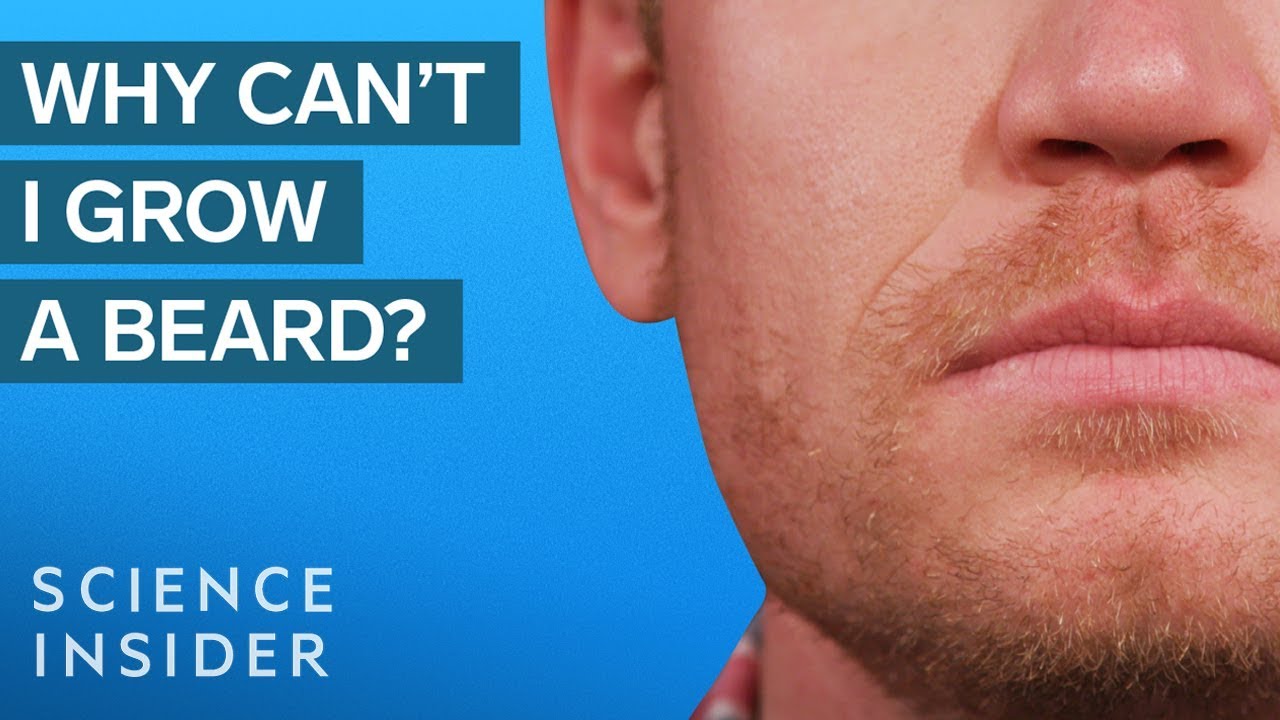 Narrator: Look at that beard. The density. The thickness. It’s what a beard is supposed to be! Not this. This is my beard, if you even want to call it a beard. This footage was taken after I let it grow for two weeks. Two weeks! It’s thin, patchy, and in some spots there’s no hair at all. Sad. But let’s look at this one again. This is Kevin. We’re around the same age, both Caucasian males of Irish descent. You could say we have a lot in common, except in the facial hair department. So, I asked a dermatologist about why he’s able to grow a beard and I’m not.

Graham Flanagan: How would you characterize my facial hair?

Dr. Chwalek: I’d say it’s like, sparse, and you have light-colored hair, so it doesn’t show up quite as much.

Flanagan: I can’t really grow a great beard. It’s been a problem. I want one. I wanna look like my colleague, Kevin. I mean, look at that beard. It is just glorious. Why can’t I grow a beard like Kevin?

Dr. Chwalek: Well, Kevin has some good hair genes, so because of that, the hair follicles on his face are more sensitive to the effects of a form of testosterone called dihydrotestosterone which can help to stimulate thicker, coarser, longer hair growth in some areas of the body like the beard area.

Narrator: Beards and facial hair have long been associated with masculinity and virility. I began to wonder if my inability to grow thick facial hair like Kevin makes me less of a man.

Flanagan: Does the fact that I can’t grow a beard, does it make mean that I have low testosterone?

Dr. Chwalek: No. Men who can’t grow a beard or have patchy beards usually have normal testosterone levels. It isn’t a reflection of having low testosterone or being deficient in testosterone.

Flanagan: So, you can still be virile —

Narrator: And in fact, there are some ways to increase the chances of growing facial hair, but shaving more often isn’t one of them.

Dr. Chwalek: So, the idea that shaving can impact hair growth is actually a myth. When you’re shaving, you’re just cutting the hair off at the surface of the skin, and what’s controlling the hair growth is really occurring deeper in the skin. So, it shouldn’t have any impact on how quickly the hair grows, or how dense the hair grows. People have tried topical Rogaine or Minoxidil. These things may stimulate a little hair growth, but assuming it’s due to genetics, then you’re kind of stuck with what you have.

Flanagan: It’s all about the sensitivity of the hair follicles and how they interact with this —

Dr. Chwalek: Dihydrotestosterone or androgens in the blood.

Flanagan: So, you’re saying that, that his hair follicles are “sensitive.”

Flanagan: They aren’t sensitive. They’re like rocks. They have no sensitivity at all. Okay, so I win that!

Why Some Men Can’t Grow Beards