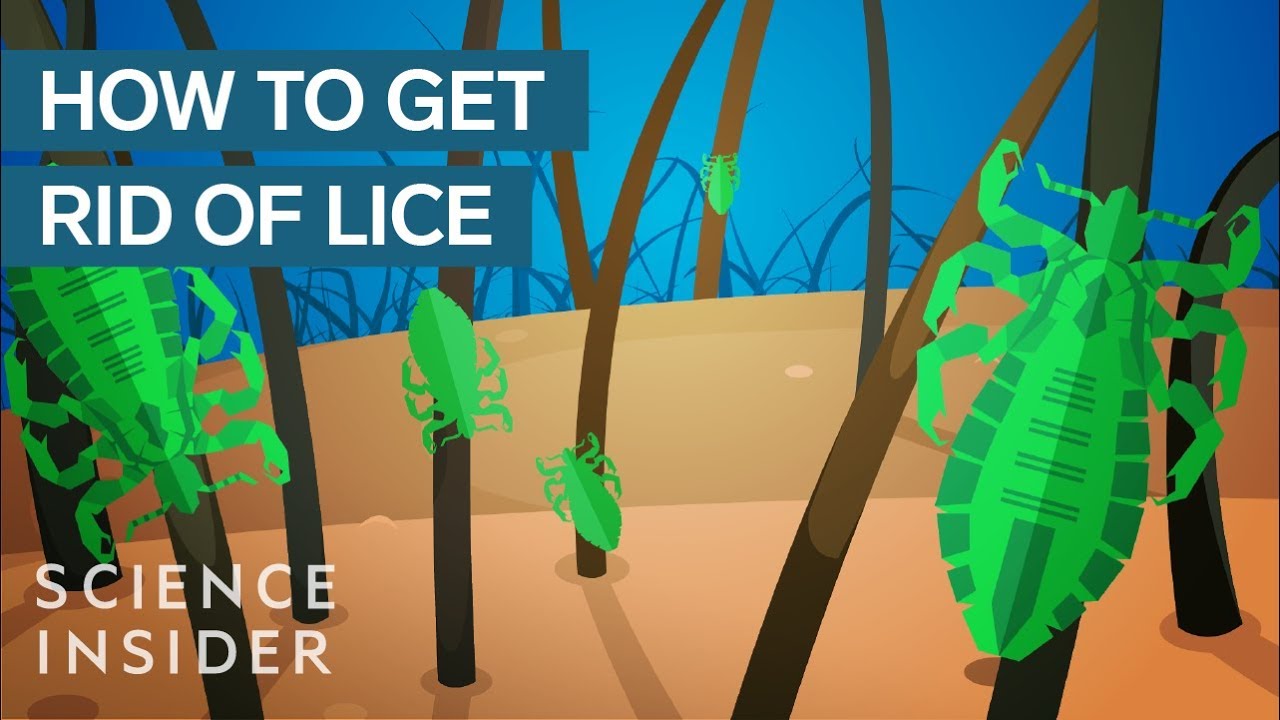 You might not have known this, but ancient Egypt was an itchy place to live. Lice were rampant. Cleopatra, for example, was buried with solid gold lice combs, while other Egyptians would shave their entire bodies to try and get rid of the parasites. So, it’s a problem we’ve had for a while, and probably won’t be solved anytime soon.

Humans and lice have been living together for about 7 million years when our ancestors split from chimps, and we’ve been itching to get rid of them ever since. There are 532 species of lice out there, but let’s take a look at the most common type that plagues humans: Head lice (Pediculus humanus capitis).

For starters, they have six legs, and each one has a tiny hook at the end that helps them climb from one head to another, latch onto your hair, and quickly crawl down to your scalp, where they’ll feast on your blood several times a day. And once they’ve made themselves comfortable, lice are tricky to spot.

Adult lice, for example, are about as large as a sesame seed, while baby lice, or nymphs, are a fraction that size. Lice are well camouflaged too, matching the color of the hair around them. Not to mention, your scalp is a perfect breeding ground. In one day, a female louse can lay up to eight eggs. Those eggs only take about a week to hatch, and once they’re 10 days old, they’ll start laying eggs of their own. While it’s rare to find more than 20 live lice on any head, there could be dozens, or even, hundreds of dead bodies lingering on your scalp. Feeling itchy yet?

Perhaps even worse is that they’re a pain to get rid of.

Lice can hold their breath for eight hours, so they’ll be fine when you take a shower or go for a swim. They’re also notorious for developing resistance to insecticides. During WWII, for example, militaries dusted millions of Europeans with DDT to control lice-borne typhus, and thanks to our overuse of it, lice grew a resistance to the poison. Even today, we’re seeing the repercussion from it. Many over-the-counter shampoos and lotions use similar killing mechanisms to DDT, which has made it easier for lice, in some place, to grow resistant to these treatments as well.

But scientists are striking back. In the last decade, experts have developed new weapons of attack for when initial over-the-counter treatments don’t work. Like prescription ivermectin lotion, which paralyzes lice by disrupting their nervous systems.

And of course, shaving your head is a cheap and surefire bet, but let’s face it, most of us probably can’t pull off that look.

Why Lice Are So Hard To Kill