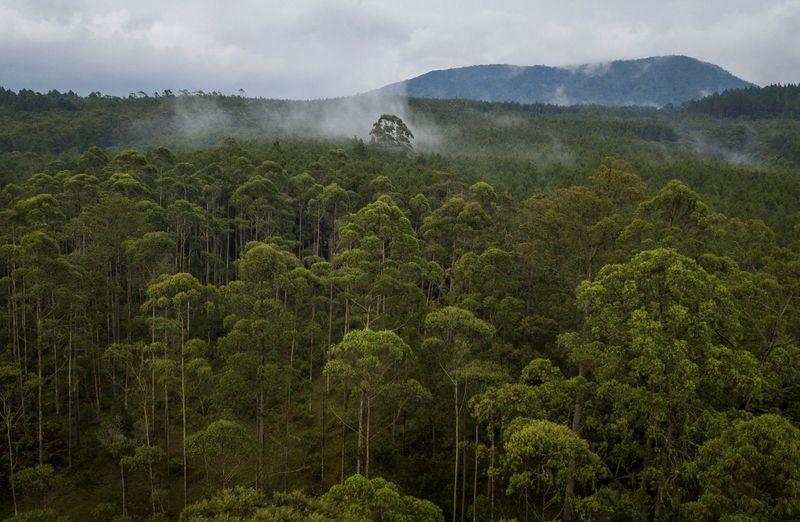 JAKARTA (Reuters) – Indonesia’s Supreme Court has struck down a regulation that allowed activities by plantation companies in protected forest areas, a green group said on Tuesday, flagging a decision that could affect the thriving palm oil industry.

The group, the Indonesian Forum for the Environment (WALHI), had asked for review of a clause in a regulation issued by President Joko Widodo in 2015 that aimed to ease procedures for changing forest designations and functions.

The regulation “allows for criminal actions and bad behavior by companies, specifically palm planters, who conspire with the permit issuers,” the group said on Twitter on Tuesday.

“(The clause) has become a barrier for law enforcement against plantation companies whose plantation areas are within a protected forest,” Even Sembiring, an official of the green group, said in a text message.

The court’s ruling means the clause must be removed from the regulation, he added. Although the court website showed it handed down its decision on Dec. 13, the complete ruling has not yet been made public.

Indonesia is the world’s biggest palm oil producer, with about 12 million hectares (46,000 square miles) of palm plantations, and environmentalists blame much of its forest destruction on land clearance for the crop.

The impugned clause allowed companies with plantation permits issued by local governments for areas in protected forests to continue their activities for one crop cycle.

In September, data from the Center for International Forestry Research (CIFOR) data showed the palm oil industry was responsible for at least 39% of forest loss in the island of Borneo, rich in biodiversity, between 2000 and 2018.

An environment ministry spokesman said it had not received any official document of the ruling from the Supreme Court.

“The ministry will take the necessary steps only after we have received the official ruling,” Djati Witjaksono Hadi, a spokesman of the Environment and Forestry Ministry, said in a text message.