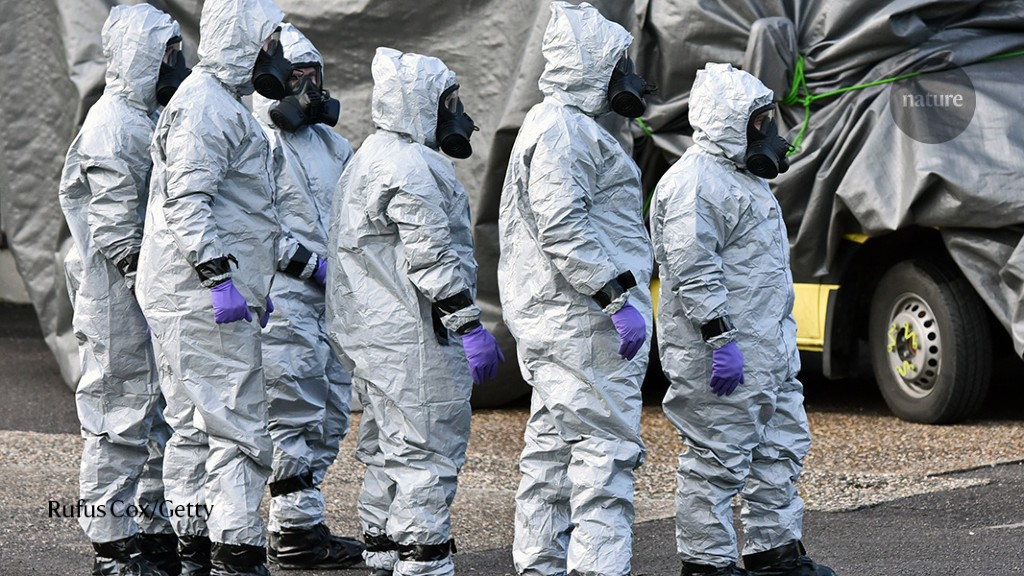 When the Russian former military officer Sergei Skripal and his daughter Yulia were poisoned with a ‘novichok’ nerve agent in the tranquil UK city of Salisbury in March 2018, it led to widespread fear that similar mysterious chemicals, illegal under international conventions, might be deployed elsewhere. What were they, where did they come from and what made them so deadly?

Enter Toxic, a round-up of the invention, production, proliferation and use of nerve agents. Author Dan Kaszeta has spent a career in defence and security, specializing in chemical, biological, radiological and nuclear materials. He worked for the US military, government and secret service before moving to the United Kingdom and becoming a security consultant. Drawing on this experience and an array of authoritative documents, he follows the development of these deadly compounds, from the first discoveries in Germany in the 1930s to the Salisbury attack. He shows how fear of nerve agents influenced world events, such as the invasion of Iraq in 2003. And he reminds us that even with an international convention banning them, the threat of chemical weapons being used outside conventional warfare is ever-present. Stronger on the early history than on more recent politics, Toxic is a useful introduction to the subject. 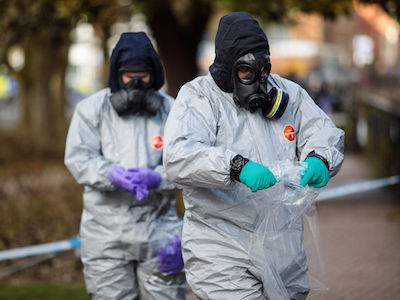 The first nerve agents were the unintended consequence of a civil research project to make insecticides to secure Germany’s food supply, led by Gerhard Schrader at chemical and pharmaceuticals giant IG Farben in Leverkusen from 1934. The research produced a liquid compound, eventually called tabun, with a toxicity far beyond anything seen before (0.1 milligrams of tabun per kilogram of body weight killed the monkeys used for testing). Almost at once, the Nazi authorities launched a massive programme, involving university scientists, the chemical industry and military personnel, to develop weapons that would distribute nerve agents — first tabun and later sarin — in a predictable manner in combat, without harming those who applied them.

This happened even though chemical weapons were not part of German military strategy. Two factors were decisive. First was a capable industrial partner: IG Farben was available and willing. Second, the German leadership believed that the United States had nerve agents and could retaliate if attacked. I don’t think these two factors are as independent as they seem. People such as IG Farben executive Otto Ambros, who kept Adolf Hitler informed about perceived US weapons capabilities, were also central in running the industrial production of the nerve agents, so had a personal business interest. Ambros made a fortune, even though the Nazi military did not, in the event, deploy the weapons.

What would have happened had the German chemical industry declined to become involved? Kaszeta does not discuss this, but perhaps nerve-agent weapons would not have been developed. That was the case for the decades-long US programme to develop ‘binary’ chemical weapons, which contain precursor compounds that are mixed to produce the toxic agent on detonation. This programme was terminated around 1990, after Mobay and Occidental, the two domestic manufacturers of the key ingredient thionyl chloride, refused to supply it because company policy forbade the sale of goods for use in weapons production.

Unfortunately, the absence of such an ethical standard enabled Iraqi president Saddam Hussein to start large-scale production of tabun and sarin in 1981, using equipment and chemicals supplied by European and US companies.

After the first Gulf War (1990–91), Iraq’s chemical weapons were destroyed, making the later Iraq War a significant moment in this shameful history. The invasion by the United States and its allies in March 2003 had the declared aim of eliminating weapons of mass destruction, in particular chemical weapons. None was found. In February that year, US secretary of state Colin Powell had presented ‘evidence’ for the presence of such weapons in Iraq before the United Nations security council; this is now generally accepted to have been based on faulty intelligence. 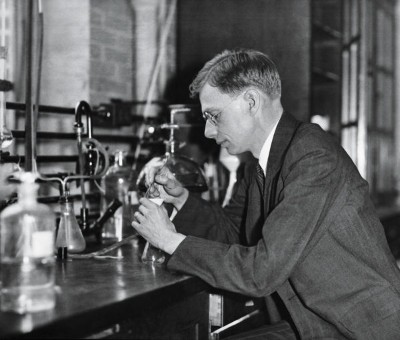 Kaszeta devotes just half a page to this conflict. He does not mention false or fabricated intelligence, and describes as “conventional wisdom” the statement that the invading forces did not discover any chemical weapons, leaving the impression that the weapons might indeed have existed. He seems to imply that Hussein’s previous use of nerve agents justified his punishment. This was not an argument used by world leaders as they discussed an invasion. To me, the sacrifice of truth in the process of this discussion seemed shattering.

Toxic is at its best when the people making decisions, taking initiatives and violating agreements appear as characters in the chronological narrative, from the beginning to about 1950. At that point, Soviet and Western powers had acquired enough knowledge about nerve-agent production, through interrogation of German chemists and investigations of actual chemical weapons, to start large-scale production themselves.

Later sections are bogged down in detail. Yes, it is very difficult to turn tonnes of nerve agents into safe and effective weapons, but we don’t need elaborate descriptions of artillery-shell testing to demonstrate the point. More important, bombs aren’t necessary to cause panic and death. It was relatively easy for the Aum Shinrikyo cult to make and use sarin in Tokyo in 1995. Likewise, a skilled person with the right chemicals could prepare and apply novichoks. The 1997 Chemical Weapons Convention and its implementing body, the Organisation for the Prohibition of Chemical Weapons, cannot prevent this.

Kaszeta’s book is informative; it should satisfy curious non-specialists able to digest details. The omission of chemical structures is generally no drawback, but when compounds are described as similar, some drawings in an appendix would have clarified the point. Yet the take-home message is clear: nerve agents are fairly easy to make, but difficult to turn into weapons. Their application in small quantities by aggressive individuals therefore remains a threat.