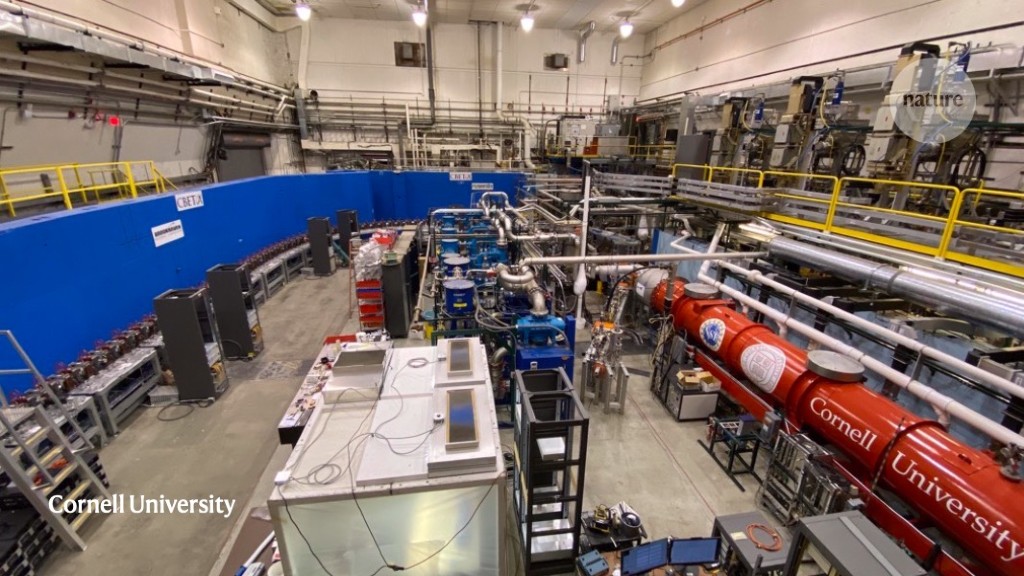 Linear accelerators excel at speeding up particles while keeping them in dense beams. But they are not paragons of efficiency: the energy used to spur on the particles is typically lost.

Georg Hoffstaetter at Cornell University in Ithaca, New York, and his colleagues built a test accelerator that demonstrates a way to recoup that energy. In a recent run, the researchers showed that they could send electrons on multiple passes through the system: four passes to accelerate the particles and another four to recover their energy, decelerating them in the process.

The work could pave the way for linear particle accelerators that are shorter and less expensive than existing models. The findings could inform elements of the design of a collider planned for Brookhaven National Laboratory in Upton, New York, that will probe the subatomic innards of protons and neutrons.