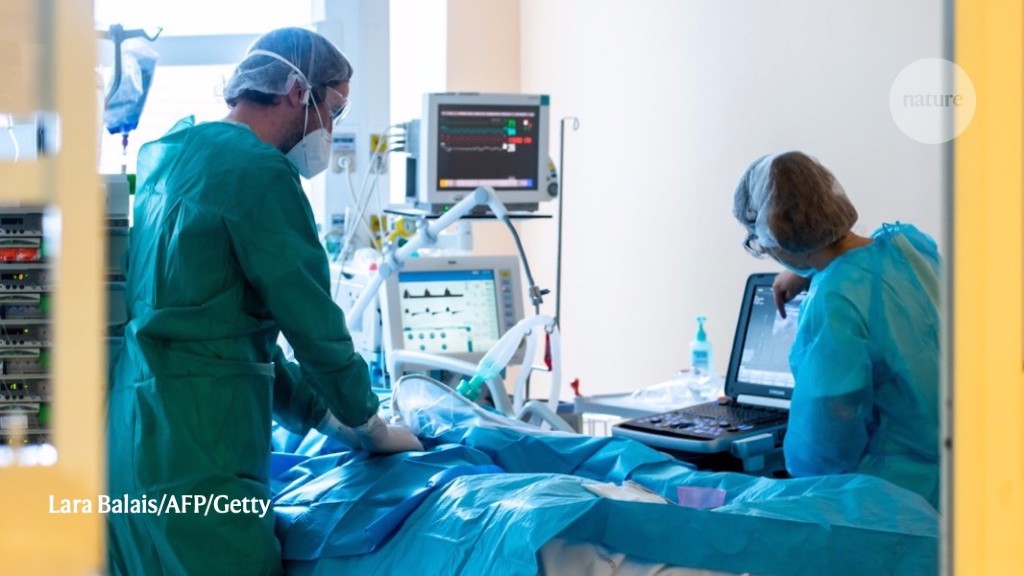 Some severe cases of COVID‑19, including those in healthy people, could be linked to dysfunction of immune-signalling chemicals called type-1 interferons, according to a study of people with serious SARS-CoV-2 infection.

Type-I interferons are crucial for mounting a defence against many viruses. Jean-Laurent Casanova at the Rockefeller University in New York City and his colleagues looked for specific mutations in genes that trigger the production of type-I interferons in people with severe COVID-19 (Q. Zhang et al. Science https://doi.org/d95p; 2020). The team found that 3.5% of participants had such mutations, which rendered them unable to manufacture the signalling chemicals.

In a second study of severely ill people, researchers looked for antibodies that, for unknown reasons, attack the body’s own tissues and organs (P. Bastard et al. Science https://doi.org/d95q; 2020). They found that more than 10% of people with severe COVID-19 had such ‘autoantibodies’ that targeted type-I interferon activity, compared with 0.3% in the general population. Experiments confirmed that the autoantibodies knocked out type-I interferon activity.

The researchers suggest that interferons could be used as therapies for the disease.

As global temperatures rise, the minimum Arctic sea-ice extent has shrunk by an average of 13.4% per decade since 1979. The ice that remains is often thinner than before, making it more vulnerable to melting the following year.

This year’s low — reported by the US National Snow and Ice Data Center (NSIDC) in Boulder, Colorado, on 21 September — got its start last winter, when winds blowing offshore along Russia’s northern coast allowed only thin sea ice to form. Much of this ice melted away in spring. And from May to August, Siberian heatwaves caused strong melting in the Kara and Laptev seas. The final blow came in early September, when air temperatures over north-central Siberia soared as much as 6 ºC above normal. Some of this warm air leaked north, leading to further ice loss.

“In the Arctic, weather that used to be considered extreme is becoming the norm,” the NSIDC said.