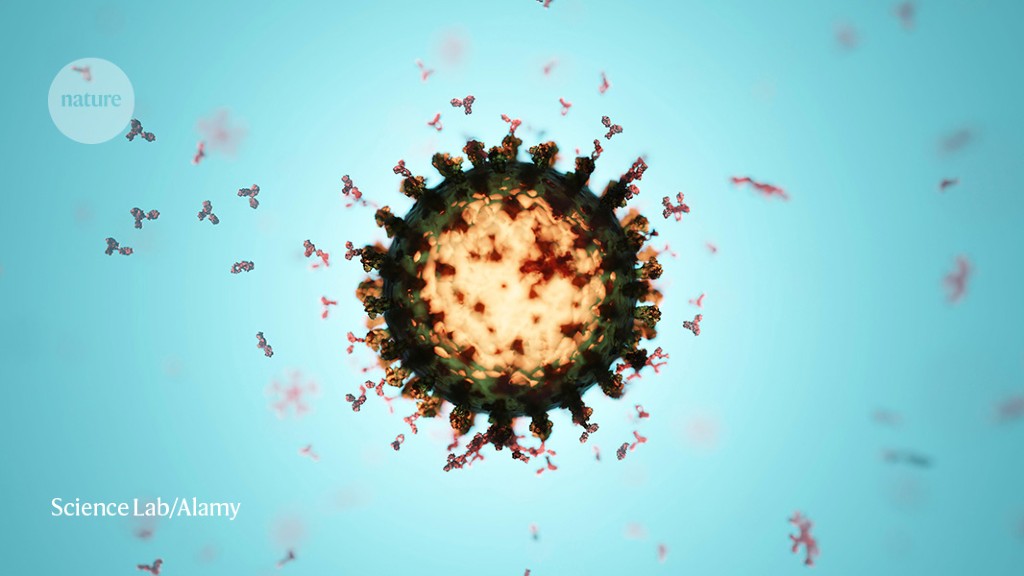 When US President Donald Trump was ill with COVID-19, his physicians administered a bevy of medications — some proven, others experimental. But there is one that the president has hailed as a “cure”: a cocktail of coronavirus antibodies produced by Regeneron Pharmaceuticals in Tarrytown, New York.

The ‘curative’ power of this antibody treatment has yet to be proven. Although it has shown promise in small, early studies in people with mild COVID-19 symptoms, large clinical trials have not yet been completed. Meanwhile, researchers are already designing more-advanced antibody treatments that could be cheaper, easier to produce and more potent.

“What you really want is something that is so amazingly potent that you need barely any,” says biochemist Pamela Björkman of the California Institute of Technology in Pasadena. “You want to be able to give it to everybody in the house or the hospital or the school or the meat-packing plant that’s been exposed.” 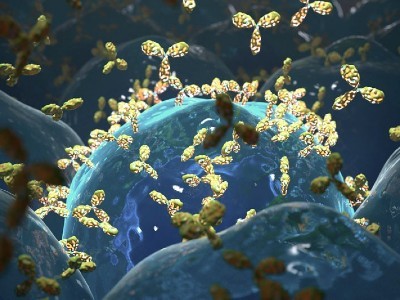 Antibodies are a key component of the body’s natural immune response to SARS-CoV-2, and researchers have been racing to develop therapies that harness their ability to directly bind to viral proteins and prevent the virus from replicating. One way to do this is by using blood plasma from people who are recovering from COVID-19 to transfer the antibodies that they have produced to someone else. Another is to manufacture and mass-produce specific antibodies against the virus that could supplement the body’s immune response. This approach has proven successful against other diseases: on 14 October, the US Food and Drug Administration (FDA) approved a cocktail of three specific antibodies, also produced by Regeneron, as a treatment against the Ebola virus, after it was shown to reduce deaths from the virus in the Democratic Republic of Congo.

Regeneron and Eli Lilly in Indianapolis, Indiana, now lead the race in developing antibody treatments against COVID-19. Each is testing its own proprietary antibodies and has applied for an Emergency Use Authorization from the FDA on the back of promising early studies. Eli Lilly’s first antibody therapy reduced visits to the hospital, from 6% in the placebo group to 1.7% in those who received the drug; Regeneron’s combination of 2 antibodies reduced symptoms and viral loads.

The main hope is that antibody therapies could stop mild COVID-19 from becoming severe. There is less optimism that the treatments will be game-changing for severe COVID-19 cases — when damage is caused by not only the virus, but also the body’s immune response to it. “I can’t imagine how excited I would be if these drugs were available and proved reliable,” says infectious-disease physician Myron Cohen of the University of North Carolina at Chapel Hill. 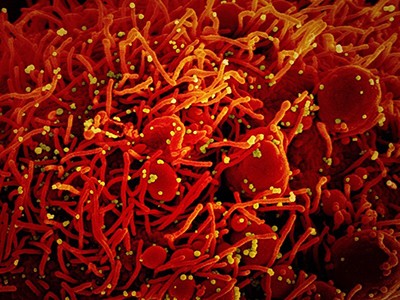 At least ten COVID-19 antibodies are being tested in clinical trials; many more are under development. Considering how well these antibodies bind to SARS-CoV-2 proteins, many of these candidates are likely to offer some benefit to people with COVID-19, says chemist Zhiaqiang An at the University of Texas Health Science Center in Houston. “There might be differences in degree,” he says, “but most of these antibodies could have some kind of efficacy.”

And researchers are finding ways to minimize the chances of the virus becoming resistant to these treatments. When only one antibody is used, it might be possible for the virus to develop mutations — to the binding site, for example — that allow it to evade the antibody. Treatments that combine multiple antibodies, such as the Regeneron therapy that Trump received, can lessen the chance of this happening by targeting the virus with multiple antibodies that bind to different sites.

Still, there are drawbacks. Antibodies are expensive and difficult to make, and they are administered at relatively high doses. Several researchers who spoke to Nature highlighted the 8 grams of antibodies — the highest dosage tested in clinical trials — that Trump received. “It’s an enormous dose,” says virologist Gerald McInerney of the Karolinska Institute in Stockholm. “Even if it did work, at a dose of 8 grams, it would be incredibly expensive.” Even the lower doses being tested — Regeneron’s lowest is 2.4 grams — would be too high for widespread use as a preventative treatment, says Björkman.

McInerney and others are working to develop small antibody-like molecules called nanobodies, based on a kind of antibody naturally produced by some camelids, including llamas and alpacas. Nanobodies are easier to make, and often can be produced in bacterial cells that are much cheaper to grow and maintain than are the mammalian cells required for normal antibody production. Last year, the FDA approved the first therapeutic nanobody, called caplacizumab, a treatment for a rare clotting disease.

But the technology is still relatively new, and COVID-19 nanobody treatments trail conventional antibodies in the clinic. McInerney’s team has isolated a nanobody against a crucial SARS-CoV-2 protein called Spike from an alpaca named Tyson. They engineered the antibody to improve its activity, stability and likelihood of working in people, but have not yet tested it in animals.

Some researchers are hoping to develop nanobodies that can be aerosolized and inhaled, to directly protect the key sites of coronavirus infection: the nose and the lungs. In Shanghai, China, Novamab Biopharmaceuticals was originally developing inhaled nanobodies to treat asthma, but switched to developing COVID-19 nanobodies. The company is now looking for international partners — particularly in regions where COVID-19 is prevalent — to help it to move into clinical trials, says Yakun Wan, founder and chief executive of the company.

Biochemist Peter Walter at the University of California, San Francisco, hopes that the inhalable approach will allow such nanobodies to be effective at far lower doses than are required for standard antibodies, which are injected and must travel through the blood to the site where they are needed. “We anticipate it being used as a prophylactic spray before you get on an airplane or go to a party,” says Walter, who is working on one such nanobody.

“We’re a long way off,” from moving such nanobodies into the clinic, says biophysicist Raymond Owens at the University of Oxford, UK. “But I’m cautiously optimistic.”