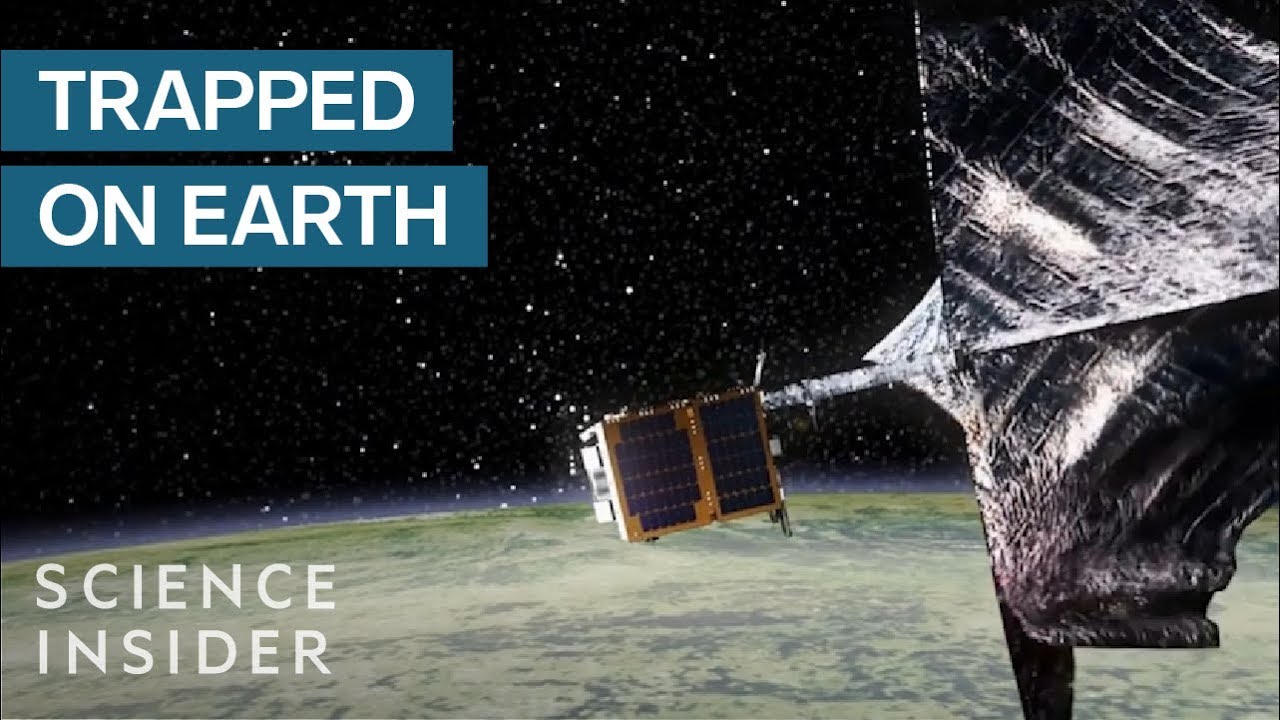 How Europe Will Save Space Travel

Narrator: Europe is leading one of the most important space travel efforts of this century. It’s a mission called RemoveDEBRIS, and if all goes according to plan, it could save the future of space travel as we know it.

The objective of RemoveDEBRIS is just that. Demonstrate how we could remove space debris that’s cluttering up Earth’s orbit, including pieces of used up rockets and retired satellites. Even though you can’t see it from the ground, there are more than half a million chunks of space trash flying around our planet, and most of it is concentrated in low earth orbit, where it whips around at 28,000 kilometers an hour. Fast enough to fly from LA to London, in just 19 minutes, but here’s the trouble with that. Low earth orbit is our front door to the universe. To get anywhere in space, whether it’s the International Space Station, Mars, or beyond, we have to cross that threshold first, but if you have a bunch of garbage blocking your path, it’s gonna be difficult. Even worse, experts, like astrophysicist Donald Kessler, fear that just one collision between two large objects, could seal up that opening forever, because it would set off a chain reaction. One collision after another, after another, which could produce thousands of additional pieces of debris. This domino effect is called the “Kessler Syndrome,” after Donald Kessler himself, and it predicts that low earth orbit could become littered with space trash, making it too dangerous for spacecraft to fly through, or also reduce their life spans because of collisions.

That’s where Europe’s RemoveDEBRIS mission comes in. In 2018, it successfully tested the first of four stages of its trash clean up technology, and it looked like this. This is not an illustration. This is actually happening in space. That’s a net about the size of a large dining room tablecloth, ensnaring a small spacecraft that the mission team planted for the experiment. Now, this was just the first of what will, hopefully, be many more tests, because in the future, we’re gonna need a bigger net.

Guglielmo S. Aglietti: At the end of the day, the final goal is to be able to capture very large targets, so, possibly what one of the targets that has been mentioned, as a potential one, is an old satellite, Envisat, and it is maybe the size of a bus.

Narrator: Scientists have been proposing ways to clean up space junk since the early 90s. They’ve thought of everything, from lasers, to robotic claws. But this is the first time any concept has actually been tested in space. The team hopes to test its other three technologies, as well, which involve a harpoon, for spearing the trash, a navigation system for analyzing the trash’s size, distance, and rotation, and a sail for slowing the trash down, so it can reenter, and burn up in Earth’s atmosphere. But all this technology isn’t the reason this mission has come closer than any before it.

Aglietti: Everybody agrees, that to remove some of this debris, is the right thing to do, but, clearly, the issue is going to be, you know, the cost.

Narrator: The RemoveDEBRIS project has cost 15 million euro, or, about 17 million US dollars.

Aglietti: The current mission was sponsored by the European community, and, again, we had, you know, ten partners, working on this project, and, overall, the cost of this project was about, you know, €15 [million]. When you are going to do this kind of mission, for real, the cost will be higher, and, so, I think the various stakeholders around the world, have to get together, and decide how such mission could be funded. We are talking about not just, you know, the UK, or, maybe, NASA, but also, China, you know, Russia, and so on. The problem is, again, who is going to pay for it?

Narrator: So, Europe has taken the lead. Rest of the world, it’s your turn now.