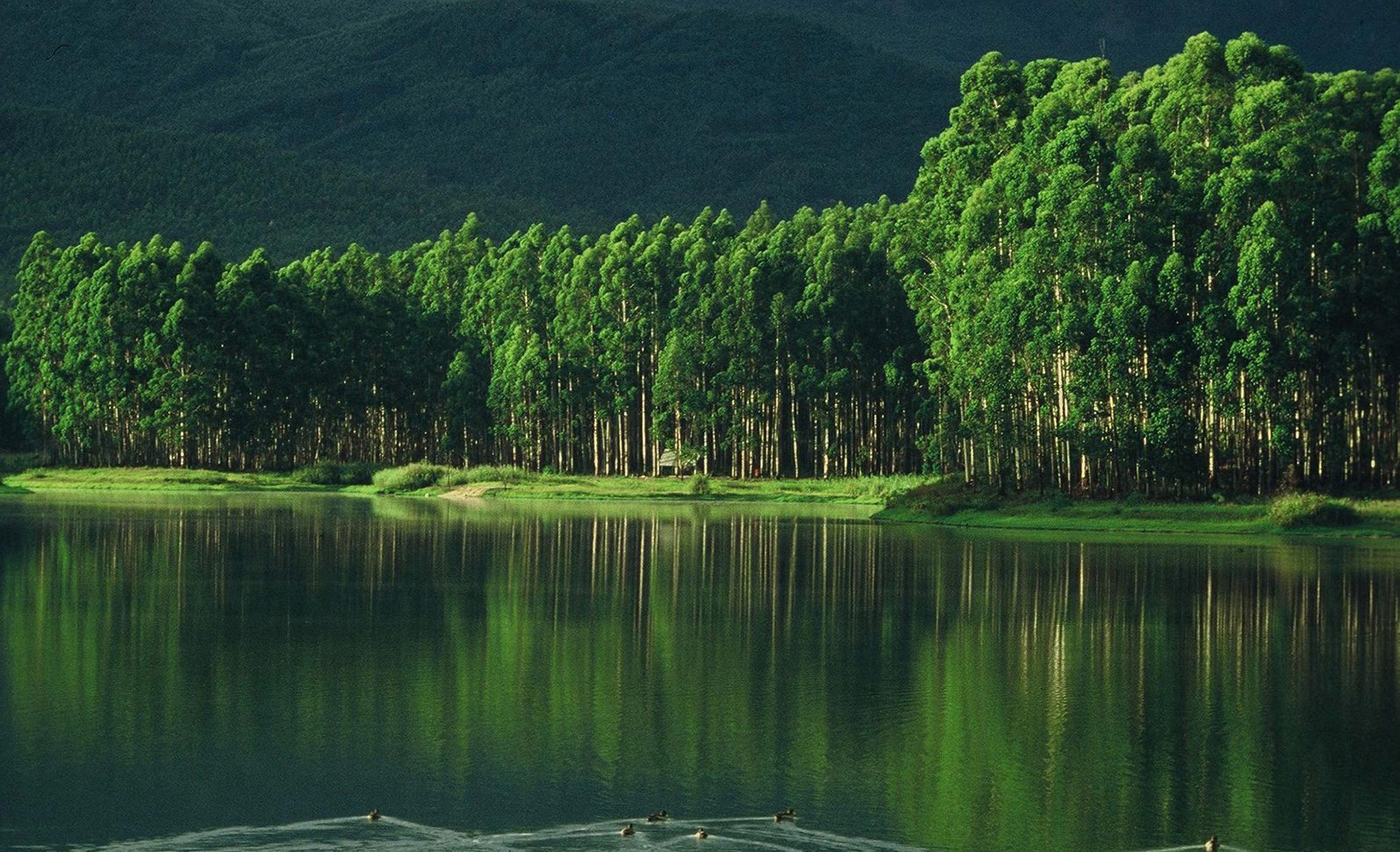 This week, in advance of World Soil Day — Dec. 5 — the Textile Exchange Corporate Fiber and Materials Benchmark (CFMB) Program is launching a new tool to help the fashion and textile industry take urgent action on biodiversity.

The Biodiversity Benchmark, developed in partnership with The Biodiversity Consultancy and Conservation International and supported by Sappi, will enable companies to understand their impacts and dependencies on nature in their materials sourcing strategies, chart a pathway to delivering positive biodiversity outcomes, and benchmark their progress. Outcomes and learnings can be channeled back into the community to support further improvements.

The benchmark is in beta and comments will be open through Jan. 31. All interested companies are eligible, and it is free to participate.

More than 200 companies already report through the CFMB. With the Biodiversity Benchmark, the aim is to integrate biodiversity into existing materials and sourcing strategies, rather than approach biodiversity as a new or disconnected topic.

The aim is to integrate biodiversity into existing materials and sourcing strategies, rather than approach biodiversity as a new or disconnected topic.

The inclusion of biodiversity is part of Textile Exchange’s Climate+ strategy, which focuses on urgent climate action and recognizes that soil health, water and biodiversity will play a key role in this transition. Benchmarking drives a race to the top and is one way Textile Exchange mobilizes the industry to accelerate the uptake of preferred materials. It is my hope that this new benchmark will help transform biodiversity commitments into actions.

A risk — and an opportunity

The Earth’s interrelated systems of water, land, biodiversity and ocean are facing unsustainable pressure. We cannot win the fight against climate change without addressing nature loss.​

When surveyed in 2019, 42 percent of our member companies put “biodiversity risk” as important or very important to them. A sustainability strategy is no longer an option, it is now table stakes. Considering biodiversity as part of the strategy is the next step, not only because biodiversity is an urgent issue and the right thing to do, but also because it poses real business risks, particularly as many businesses are directly dependent on biodiversity and nature’s contributions to human systems and well-being.

A company that recognizes biodiversity risk as a priority would acknowledge the importance of nature’s services to its business as well as how its operations affect biodiversity. The fashion industry, for example, is very dependent on natural resources and healthy agricultural and forestry ecosystems. The Biodiversity Consultancy’s chief executive, Helen Temple, sees this as an opportunity: “The fashion and textile industry now has an opportunity to establish a leadership position in how it tackles biodiversity and nature loss.”

This Biodiversity Benchmark Companion Guide is designed to catalyze companies to think about their fiber and material choices in relation to their dependencies, risks, opportunities and impacts through a biodiversity lens. While a company’s biodiversity strategy is being fully developed and science-based targets confirmed, we advocate a no-regrets approach, as defined by the UNDP, UNEP and IUCN and expressed by the Science Based Targets Network. Such an approach focuses on maximizing positive and minimizing negative aspects of nature-based adaptation strategies and options.

No-regret actions include measures taken which do not worsen vulnerabilities (for instance to climate change) or which increase adaptive capacities and measures that always will have a positive impact on livelihoods and ecosystems (regardless how the climate changes). It’s there to encourage companies to start immediately by taking positive action.

From my own industry — apparel and textiles — I want to share three examples of companies taking action on biodiversity:

Biodiversity is never more relevant than with suppliers, who are arguably the closest to the issue, working directly on the land and in ecosystems, sourcing, refining and renewing resources.

Sappi is a leading global provider of dissolving pulp and of everyday biobased materials created from renewable resources, from packaging paper to biomaterials such as nanocellulose. They’ve been committed to sustainability for decades and a U.N. Global Compact member since 2008.

Krelyne Andrew, head of sustainability at Sappi Verve, explains why. “Our goal is to be a trusted, transparent and innovative partner. … By promoting sustainable and innovative approaches to forest management, we ensure that all the benefits of healthy forests are maintained for people and the planet. Biodiversity conservation is a central pillar of our land management.”

Biodiversity conservation is a central pillar of land management. In South Africa, she explains, Sappi owns and leases 964,000 acres of land, of which about a third is managed for biodiversity conservation. In North America, Sappi is a founding member of a new risk assessment platform, Forest in Focus, aimed at assessing the health of wood baskets using trusted public data to drive action. Sappi is also accelerating partnerships to help achieve its ambitious goals.

In July, Kering announced a dedicated biodiversity strategy with a series of new targets to achieve a “net positive” impact on biodiversity by 2025. It included launching the “Kering for Nature Fund: 1 Million Hectares for the Planet” to support the fashion industry’s transition to regenerative agriculture.

Aligned with its long-term commitment to sustainability, Kering’s biodiversity strategy outlines steps to not only minimize biodiversity loss across its global supply chains, but also support nature and create net positive conservation. The strategy encourages the prevention of biodiversity degradation, the promotion of sustainable and regenerative farming practices favoring soil health and the protection of global ecosystems and forests that are vital for carbon sequestration.

As Marie-Claire Daveu, Kering’s chief sustainability officer and head of international institutional affairs, describes it: “Thriving biodiversity is intrinsically linked to the long-term viability of our industry, and society more broadly. Integrating a dedicated biodiversity strategy — which is now part of our wider sustainability strategy — into Kering’s day-to-day operations is pivotal for our contribution to bending the curve on biodiversity loss over the next years. Business has a serious role to play in shifting towards a ‘nature-positive’ economy and ahead of the establishment of the Global Goals for biodiversity in 2021, it is important that Kering’s strategy aligns with the scientific community so that we are already on the right path and taking the actions that are urgently needed.”

INDIGENOUS, which promotes “organic and fair trade fashion,” was founded on the fundamental belief of supporting climate justice. Indigenous peoples own or steward about a quarter of the world’s landmass and are the guardians of more than 70 percent of the earth’s remaining biodiversity. When we think about protecting biodiversity on the planet, indigenous peoples need to participate as a cornerstone of the conversation.

As industry begins to realize the importance of protecting biodiversity, Scott Leonard, the company’s CEO, believes business leaders must come together to rebuild the rights of nature economy and align on accountable supply chain practices.

“The road ahead to adopt business practices that protect biodiversity is an arduous task,” he says. “We need much stronger alignment with all stakeholders in the value chain surrounding industry to adequately scale the rapid adoption of next generation solutions that truly protect our biodiversity. Our current consumption patterns are not an option for our future and yet we continue to allow more deforestation, forest degradation, species extinctions and massive carbon loss as each day goes by.”

The Fashion Pact — more than 60 CEOs from the industry’s leading companies, representing more than 200 brands — is focusing on the collaborative action needed to bring solutions to a global scale. Alongside setting seven tangible targets for climate, biodiversity and oceans, the companies are beginning their first collaborative activity on biodiversity.

“We are very excited for the launch of the Textile Exchange Biodiversity Benchmark,” said Eva von Alvensleben, executive director of the Fashion Pact. “Not only is this a step forward for our signatories in advancing on their global commitments but [this] will allow for the development of a common understanding of the information needed to shape effective biodiversity strategies as an industry.”

It’s clear that we have a mountain to climb, but I am encouraged by the number and ambition of new commitments on biodiversity from companies of all market segments and parts of the supply network. Meaningful change requires bold action, and we hope we can provide a catalyst for this within the textile industry with the Biodiversity Benchmark.