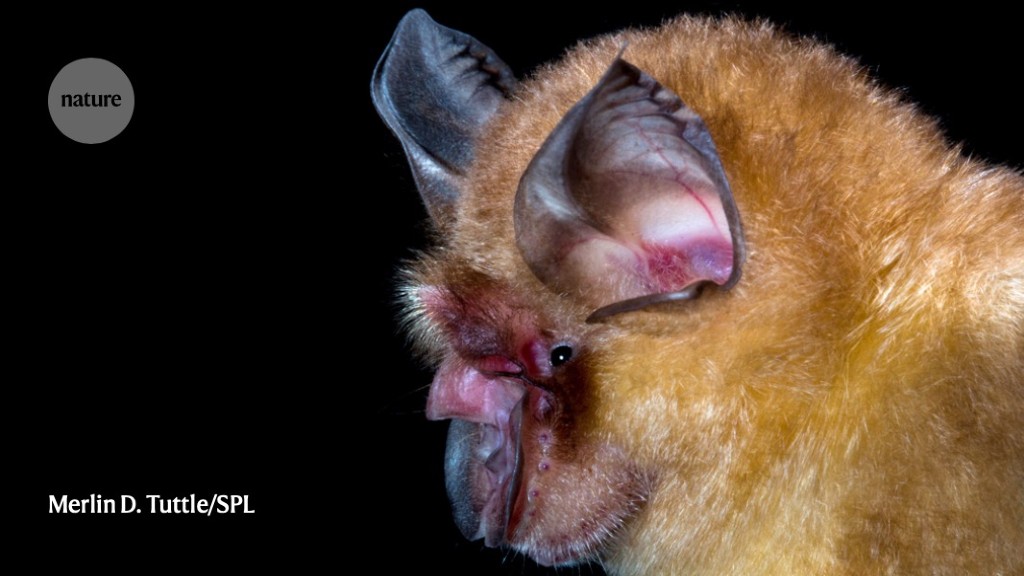 Two lab freezers in Asia have yielded surprising discoveries. Researchers have told Nature they have found a coronavirus that is closely related to SARS-CoV-2, the virus responsible for the pandemic, in horseshoe bats stored in a freezer in Cambodia. Meanwhile, a team in Japan has reported the discovery of another closely related coronavirus — also found in frozen bat droppings.

The viruses are the first known relatives of SARS-CoV-2 to be found outside China, which supports the World Health Organization’s search across Asia for the pandemic’s animal origin. Strong evidence suggests that SARS-CoV-2 originated in horseshoe bats, but whether it passed directly from bats to people, or through an intermediate host, remains a mystery.

The virus in Cambodia was found in two Shamel’s horseshoe bats (Rhinolophus shameli) captured in the country’s north in 2010. The virus’s genome has not yet been fully sequenced — nor its discovery published — making its full significance to the pandemic hard to ascertain. 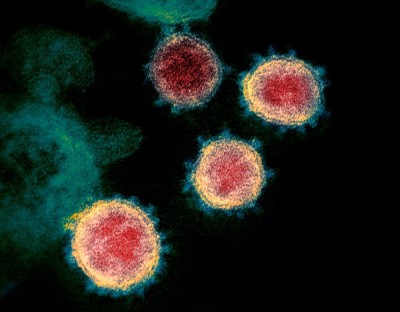 If the virus is very closely related to — or even an ancestor of — the pandemic virus, it could provide crucial information about how SARS-CoV-2 passed from bats to people, and inform the search for the pandemic’s origin, says Veasna Duong, a virologist at Institute Pasteur in Phnom Penh, who led the search of the old samples in Cambodia and alerted Nature to their discovery in early November. To provide such insights, the virus would have to share more than 97% of its genome with SARS-CoV-2, which is more than its closest known relative, say researchers.

But the new virus might be more distantly related, in which case, studying it will help scientists to learn more about the diversity in this virus family, says Etienne Simon-Loriere, a virologist at the Pasteur Institute in Paris, who plans to sequence the virus, after which it will be shared publicly.

That is the case with the other virus, called Rc-o319, identified in a little Japanese horseshoe bat (Rhinolophus cornutus) captured in 2013. That virus shares 81% of its genome with SARS-CoV-2, according to a paper1 published on 2 November — which makes it too distant to provide insights into the pandemic’s origin, says Edward Holmes, a virologist at the University of Sydney in Australia.

No matter what the Cambodian team find, both discoveries are exciting because they confirm that viruses closely related to SARS-CoV-2 are relatively common in Rhinolophus bats, and even in bats found outside of China, says Alice Latinne, an evolutionary biologist at the Wildlife Conservation Society Vietnam in Hanoi, who has seen some of the Cambodian team’s analysis but was not involved in the investigation.

“This is what we were looking for, and we found it,” says Duong. “It was exciting and surprising at the same time.”

The findings also suggest that other as yet undiscovered SARS-CoV-2 relatives could be stored in lab freezers, says Aaron Irving, an infectious-diseases researcher at Zhejiang University in Hangzhou, China, who also plans to test stored samples of bats and other mammals for antibodies against SARS-CoV-2.

“I did not expect to find a relative of SARS-CoV-2,” says virologist Shin Murakami at the University of Tokyo, who was part of the team that decided to retest frozen animal samples for viruses in the wake of the pandemic.

Only a handful of known coronaviruses are closely related to SARS-CoV-2, including its closest known relative RaTG13. It was discovered in intermediate horseshoe bats (Rhinolophus affinis) in the Chinese province of Yunnan in 2013, and was published2 only earlier this year. There are also several other coronaviruses, found in other Rhinolophus bats and pangolins captured between 2015 and 2019, which scientists now know to be closely related to SARS-CoV-2.

“SARS-CoV-2 probably wasn’t a brand new virus that popped up all of a sudden. Viruses in this group existed before we became aware of them in 2019,” says Tracey Goldstein, associate director of the One Health Institute at the University of California, Davis, who is involved with the Cambodian team.

Latinne says the discoveries confirm that Rhinolophus bats are the reservoir of these viruses.

Duong’s team captured the Shamel’s horseshoe bats in Cambodia as part of the US-government-funded PREDICT project, which surveyed wildlife worldwide for viruses with pandemic potential for decades and ended earlier this year. In April, the US Agency for International Development gave the programme an additional US$3 million and a 6-month extension to look for evidence of SARS-CoV-2 in animal samples — mostly bats, as well as pangolins and other animals — that were sitting in laboratory freezers in Laos, Malaysia, Nepal, Thailand, Vietnam, and Cambodia. A full report of these investigations is expected in the coming weeks.

Duong says preliminary genome sequencing of a short fragment of the new bat virus — 324 base pairs long — showed that it was similar to the same region in SARS-CoV-2 and RaTG-13, suggesting that the three are closely related. That region is highly conserved in coronaviruses, says Latinne, and is often used to quickly identify whether a virus is new or known. But it’s not yet clear whether RaTG-13 or the new virus is more closely related to SARS-CoV-2.

It is difficult to say with such a small fragment, says Vibol Hul, a virologist also at the Institute Pasteur in Cambodia, who trapped the Shamel’s horseshoe bats at the entrance to a cave in 2010. The genomes of most known coronaviruses contain about 30,000 base pairs.

In a separate analysis, the Cambodia team sequenced some 70% of the new virus’s genome using the technology available locally, says Erik Karlsson, a virologist at the Institute Pasteur in Cambodia, who helped to analyse the bats. Missing from that sequence were the instructions for crucial parts of the virus, such as the genes that encode the spike protein that coronaviruses typically use to enter cells. Sequencing that section will indicate whether this virus can infect human cells, says Duong.

The new virus would have to be at least 99% similar to SARS-CoV-2 to be an immediate ancestor of the current pandemic virus, says Irving. The genomes of RaTG13 and SARS-CoV-2 differ by only 4%, but that divergence represents between 40 and 70 years of evolution since they shared a common ancestor. Although decades apart, the viruses are similar enough to use the same receptor to enter cells. Cell studies suggest that RaTG13 could infect people.

Of the known coronaviruses related to SARS-CoV-2, the newly discovered Rc-o319 seems to be the most distantly related, says Duong.

In cell studies, the Japan team found that the virus can not bind to the receptor that SARS-CoV-2 uses to enter human cells, suggesting that it could not easily infect people.

Shin says his colleagues captured more bats in Japan earlier this year, and plan to test them for coronaviruses. And in October, Hul returned to the cave in northern Cambodia to catch more bats.

More SARS-CoV-2-related coronaviruses probably exist in Rhinolophus bat populations, which live across the region, says Holmes. “Hopefully, one or more of these will be so closely related to SARS-CoV-2 that we can regard it as the true ancestor.”

Op-ed | What’s next for Space Force as it celebrates its first anniversary
NSTXL selected to manage the Space Enterprise Consortium
Airbnb nomads are ditching their apartments in pandemic-ridden cities and living wherever they want
€167 million Space Rider contract funds construction of Europe’s first orbital spaceplane
Can Shell help pilot a new era of sustainable aviation?