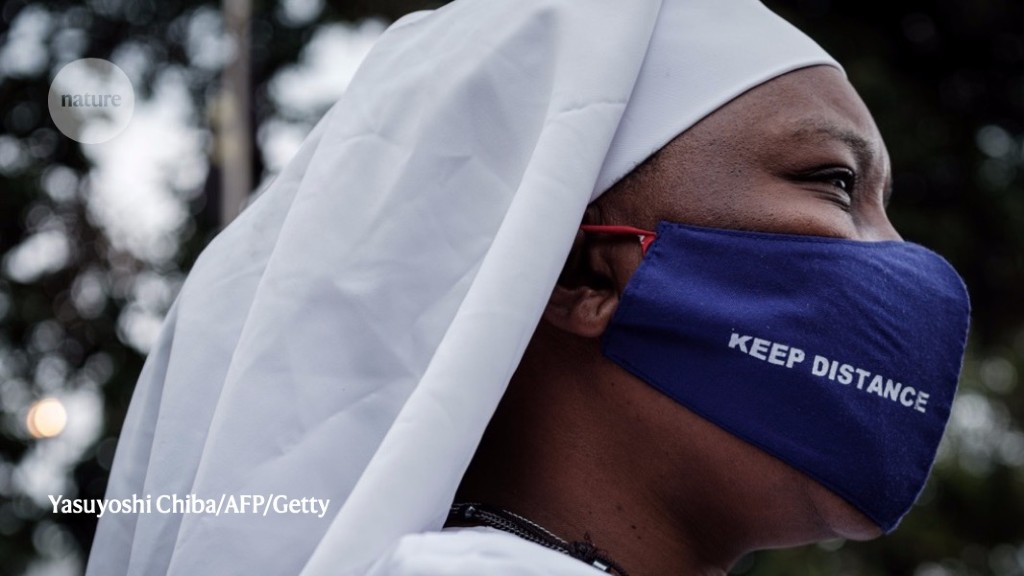 One of the first large SARS‑CoV-2 antibody studies in Africa suggests that by mid-2020, the virus had infected 4% of people in Kenya — a surprisingly high figure in view of Kenya’s small number of COVID-19 deaths.

The presence of antibodies against SARS-CoV-2 indicates a history of infection with the virus. Sophie Uyoga at the KEMRI-Wellcome Trust Research Programme in Kifili, Kenya, and her colleagues searched for such antibodies in samples of blood donated in Kenya between late April and mid-June (S. Uyoga et al. Science https://doi.org/fhsx; 2020). On the basis of those samples, the researchers estimated that 4.3% of Kenya’s people had a history of SARS‑CoV-2 infection.

The team’s estimate of antibody prevalence in Kenya is similar to an earlier estimate for the level in Spain. But Spain had lost more than 28,000 people to COVID-19 by early July, whereas Kenya had lost 341 by the end of the same month. The authors write that the “sharp contrast” between Kenya’s antibody prevalence and its COVID-19 deaths hints that the coronavirus’s effects are dampened in Africa.

In a final round of intensive budget talks last week, policymakers agreed to give €85 billion (US$100 billion) to the European Union’s flagship 7-year research programme, Horizon Europe — €4 billion more than previously proposed.

The last-minute increase is part of an agreement between the union’s 27 members and the European Parliament on the bloc’s overall 2021–27 budget, a record €1.8-trillion package that includes a €750-billion COVID-19 recovery fund. Governments and the parliament agreed on 10 November to raise the budgets for health and education: together, Horizon Europe, the student-exchange programme Erasmus+ and the COVID-19 response package EU4Health will get an extra €15 billion.

The European Commission had previously proposed a €94.4-billion budget for Horizon Europe, but in July, negotiations scaled that back to €81 billion. Research organizations that lobbied for more generous funding say the final deal is underwhelming.

The European Parliament is expected to formally approve the budget deal before the end of the year.

How space-station science has matured

Twenty years ago this month, on 2 November 2000, one astronaut and two cosmonauts floated into the newly constructed International Space Station (ISS). It was the beginning of two decades of the outpost being permanently inhabited by people.

Astronauts have since conducted around 3,000 scientific experiments on the ISS. The research spans disciplines from fundamental physics to Earth observation and biomedical studies. Once critiqued as relatively insignificant and not all that relevant to people on Earth, science aboard the ISS has blossomed as its inhabitants have devoted more time to research.

The results include insights into how humans and animals adapt to long-duration space flight, as well as how materials behave in space. Today, the ISS is packed with modern research equipment, including a top-of-the-range confocal microscope, installed in 2017. Most of the experiments aim to investigate how things work differently in microgravity — such as the way a flame burns or how mouse cells develop — to see whether those lessons can be applied to technologies or drugs on Earth. “It’s like taking an entire world-class university and shrinking it down to the size of the space station,” said Kate Rubins, a NASA astronaut and biologist who is currently aboard the ISS.