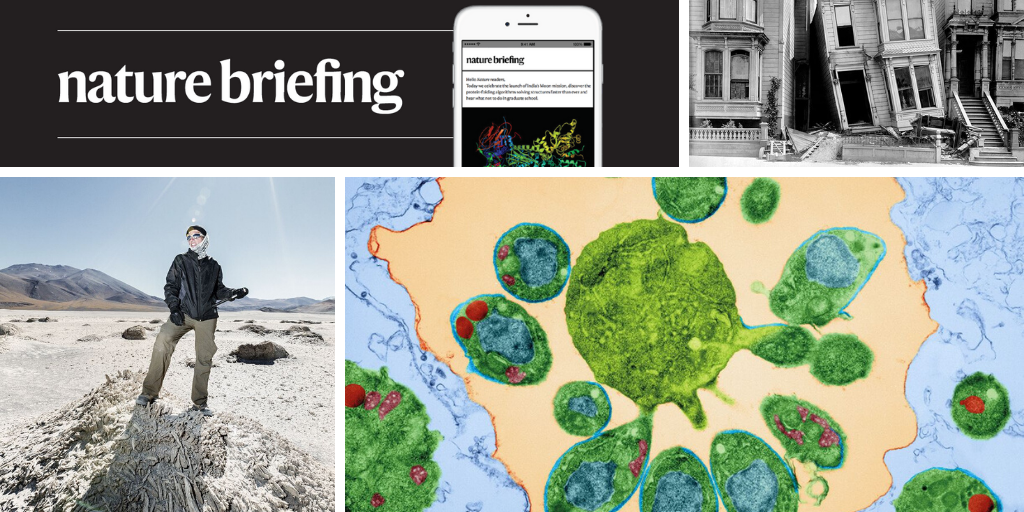 Brazilian researchers investigating the cause and extent of wildfires in the Amazon are so afraid that their findings might jeopardize their jobs that some have remained anonymous on a paper just published in a leading climate-change journal. The paper conflict with the Brazilian government’s official narrative, which suggests the fires are not that unusual, says one of the named authors, Erika Berenguer, who is based in the United Kingdom. “People are definitely afraid. They are concerned about their future and if they could suffer some sort of governmental retaliation,” she says.

The crackling, buzzing and whooping sounds of a healthy reef tempt young fish to re-colonize degraded areas. Researchers used loudspeakers to broadcast healthy soundscapes over piles of coral simulating patches of dead reef. After 40 days, there were twice as many damselfish — abundant, easy-to-observe reef dwellers — on the acoustically enriched patches than on areas without a soundtrack.

The first vaccine against malaria, RTS,S, offers protection that was once thought by some to be impossible. But the vaccine offers only a partial shield against the shape-shifting parasitic disease: over the four years of the vaccine’s phase III trial, it prevented around 30% of serious cases. Scientists are working on a wide variety of alternatives that they hope will save even more lives.

This article is part of Nature Outlook: Vaccines, an editorially independent supplement produced with financial support from GSK.

The question of what really happens in the unexplorable centre of a black hold is much more complex than just a mathematical breaking point. Physicists exploring theoretical black holes that better mimic the real world have come closer than ever to describing what lies at the bottom of the Universe’s deepest well.

Researchers have released the first data from an ambitious project to sequence the genomes of 100,000 people from populations across Asia. The pilot phase is: a whole-genome reference data set from 1,739 individuals across 219 population groups and 64 countries.

Podcast listeners, we need your help! We want to hear your views on the show, so we can make it even better. If you can spare some time to respond to our listener survey, we’d really appreciate it.

“I define myself as a ‘grounded mystic’,” says astrobiologist Nathalie Cabrol of her time exploring the barren high deserts of South America for clues to extreme microbial life. “I’m trying to understand the Universe we are living in and how to search for life in it. That’s the ‘grounded’ aspect. The ‘mystic’ part is that I’m not afraid of letting my mind wander in those spaces.”

Thirty years ago today, 14 female engineering students were murdered at the École Polytechnique de Montréal in Canada. Engineer Mary Wells has gathered profiles of leading female engineers in tribute to them. (CBC)