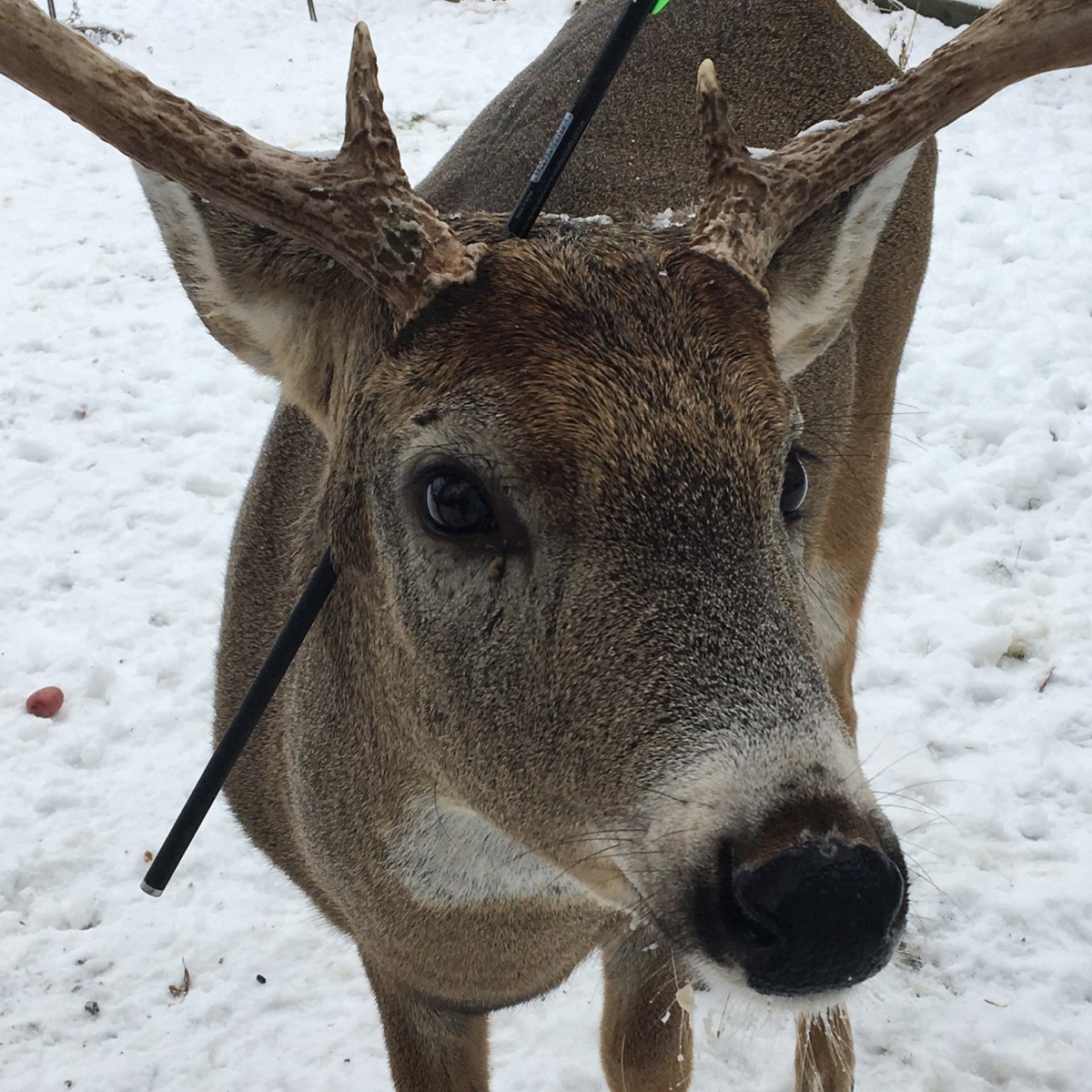 A friendly deer named Carrot has been making waves online after it was photographed by a wildlife photographer based in Ontario to have survived an arrow shot through the head.

Wildlife photographer Lee-Anne Carver of Kenora, Ontario has known the deer named Carrot ever since he was a fawn that passed through her yard. The carrot was unusually friendly for a deer and even became friends with her golden retriever.

In an interview with CTV News, Carver thought there was particularly unusual about Carrot that she could not put her finger on and she loved the deer for it.

READ: Kangaroos Ask Help From Humans Once They Do This!

Arrow shot through the head of Carrot 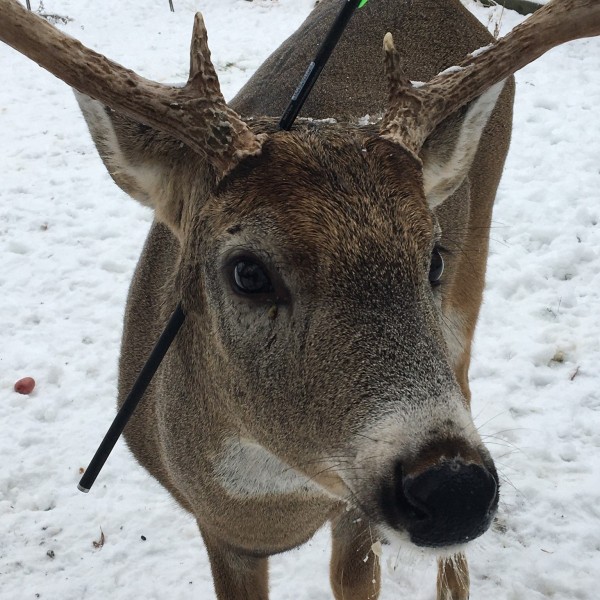 (Photo : Carrot the Magic Deer Facebook Page)
A friendly deer named Carrot has been making waves online after it was photographed by a wildlife photographer based in Ontario to have survived an arrow shot through the head.

On December 9, Carver was surprised to see her husband crying after finding the deer in the yard. Carrot was shot through the head with an arrow and miraculously survived the blow.

From the angle that the arrow was shot, it was likely that the deer was shot from a window or deck, which Carver thinks is malicious, similar to an act of animal cruelty.

An amendment to Kenora’s bylaws allows the shooting of crossbows within the city limits.

Carver told The Guardian that it was such a very disturbing sight. Carrot however seemed unfazed with the dramatic blow.

Hunters and wildlife officials agree that the arrow missed any vital arteries. Carrot is now being kept alive by cauterizing the wound and preventing bleeding.

Local officials assured Carver that they will not euthanize the deer, but conservation officers and hunters warned against removing the arrow as it is most likely preventing the bleeding. Extracting the bolt may reopen the wound in his head and cause infection.

On Wednesday, authorities, and Ontario natural resources staff tranquilized Carrot and cut off the top half of the arrow shaft.

Carver said it was hoped that once Carrot had healed, the arrow would slide out.

The evening after the procedure, Carrot was reported to be relaxing with his golden retriever friend, chilling, and grazing.

Unifying support from hunters and non-hunters

A Facebook Group named Carrot the Magic Deer and Orange Heart Club was made to increase awareness about Carrot’s plight.

Carrot received overwhelming support worldwide, including getting letters from places as far away as Australia and South Africa.

The internet is a place known to exchange opposing ideas or views but Carrot seemed to be unifying people in compassion and support, Carver said.

To Carver’s surprise, even hunters who she thought would react negatively to her photo received support from the hunting community.

Carrot seemed to have brought cultures together, hunters and non-hunters.

The compassion expressed worldwide is overwhelming for Carrot the endearing deer, that the arrow shot through the head has united hunters and non-hunters alike.