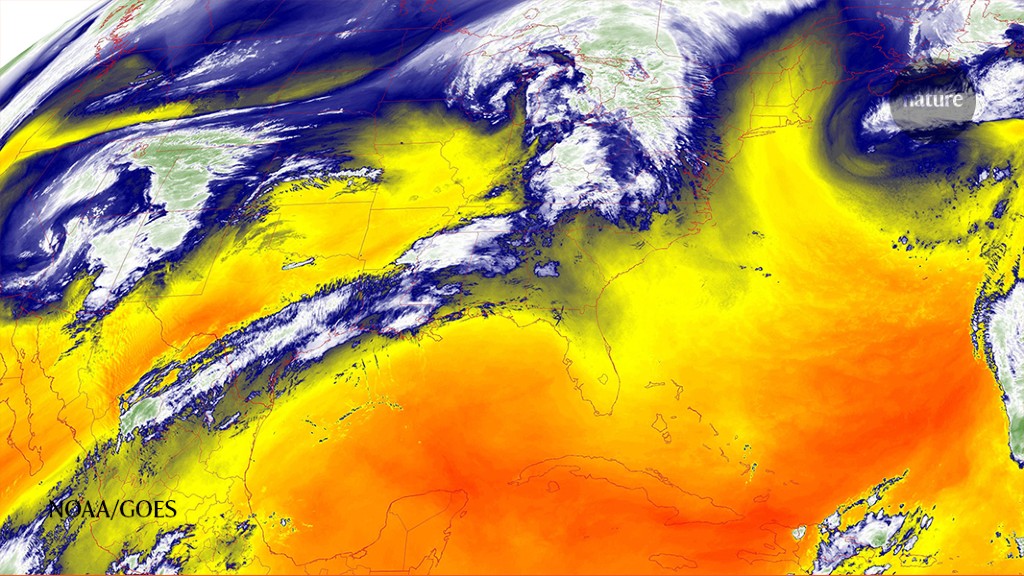 The international agency that regulates global telecommunications agreed to new radio-frequency standards on 21 November. Meteorologists say the long-awaited decision threatens the future of weather forecasting worldwide, by allowing transmissions from mobile-phone networks to degrade the quality of Earth observations from space.

Wireless companies are beginning to roll out their next-generation networks, known as 5G, around the world. The new agreement is meant to designate the radio frequencies over which 5G equipment can transmit. But some of those frequencies come perilously close to those used by satellites to gather crucial weather and climate data. To keep the signals from interfering with one another, researchers have proposed turning down the amount of noise allowed to leak from the 5G transmissions.

Negotiators at a meeting of the International Telecommunication Union in Sharm El-Sheikh, Egypt, agreed to introduce two stages of protection for frequencies near 24 gigahertz — a range close to those that weather satellites use to detect the amount of water in the atmosphere. Companies that operate 5G networks will have a relatively loose standard from now until 2027. After that, the regulation gets stricter. The idea is to let 5G companies start building out networks now, and then add more protections for Earth observing as 5G transmissions become denser.

But having eight years with relatively lax regulation is “of grave concern” to weather forecasters, says Eric Allaix, a meteorologist at Météo-France in Toulouse who heads a World Meteorological Organization (WMO) group on radio-frequency coordination. The WMO is so upset that it read a statement of concern into the meeting minutes, he says.

“The race for 5G is going to go fast,” says Renee Leduc, a consultant with Narayan Strategy in Washington DC who works on spectrum-sharing issues. “In the early to mid-2020s we’re going to see a very quick uptick.” So while more protections for Earth observations will kick in in 2027, “I’m still really concerned about the time period between now and then.”

5G transmissions will involve many frequencies, but the key one under discussion is 23.8 gigahertz. Water vapour in the atmosphere naturally produces a weak signal at this frequency, which satellites use to measure humidity. Those data feed into weather forecasts. But if a 5G station is transmitting a signal near the 23.8-gigahertz frequency, a weather satellite might pick it up and interpret it as water vapour. And that bad data could degrade forecasts.

Meteorologists say that the problem is manageable, but only if there is enough of a noise buffer between the 5G transmissions and water-vapour signal. The buffer is measured in units of decibel watts, and is akin to a measure of how much you might turn down your stereo volume so as not to bother your neighbours.

In the run-up to the Egypt conference, meteorologists, the wireless industry, and government regulators have been tussling about how to define an appropriate level of interference. The World Meteorological Organization had been pushing for the biggest buffer, of -55 decibel watts. European regulators had settled on a less-stringent recommendation of -42 decibel watts for 5G base stations. In the US, the Federal Communications Commission had advocated for a much looser restriction, at just -20 decibel watts — resulting in more than 150 times more noise than that allowed under the European proposal.

The newly agreed standard hews closest to the European recommendation: it is -33 decibel watts until 1 September 2027, and -39 decibel watts after that.

“These two values were set by long negotiations between the member states,” said David Botha, a counsellor with the International Telecommunication Union, at a 22 November media briefing. “These values were considered to be adequate, in the sense that they would provide protection to the weather satellite systems, to Earth exploration satellite systems. We have nevertheless noted that there were concerns that were issued.”

Even the stricter level is not enough to avoid interfering with water-vapour measurements, says Leduc. “Thirty-nine is still not where we need to be,” she says. A study conducted by NASA and the US National Oceanic and Atmospheric Administration found that 5G base stations needed to transmit with a noise buffer of -52.4 decibel watts in order to protect the water-vapour observations.

Weather forecasters will have to figure out how to mitigate the impacts on satellite observations — perhaps by working with the wireless industry to research ways to shut off or redirect 5G transmissions when a satellite is making its measurements. Botha said that the new agreement requires a “continued monitoring” of how 5G networks affect weather observations, but provided no details on what that monitoring would involve or what the consequences would be if the weather data are degraded.

Other agreements reached this week in Sharm El-Sheikh include how quickly big fleets of satellites must launch (in order not to hog radio-frequency spectrum) and what frequencies ‘pseudosatellites’ (such as high-altitude dirigibles and drones) can transmit on.