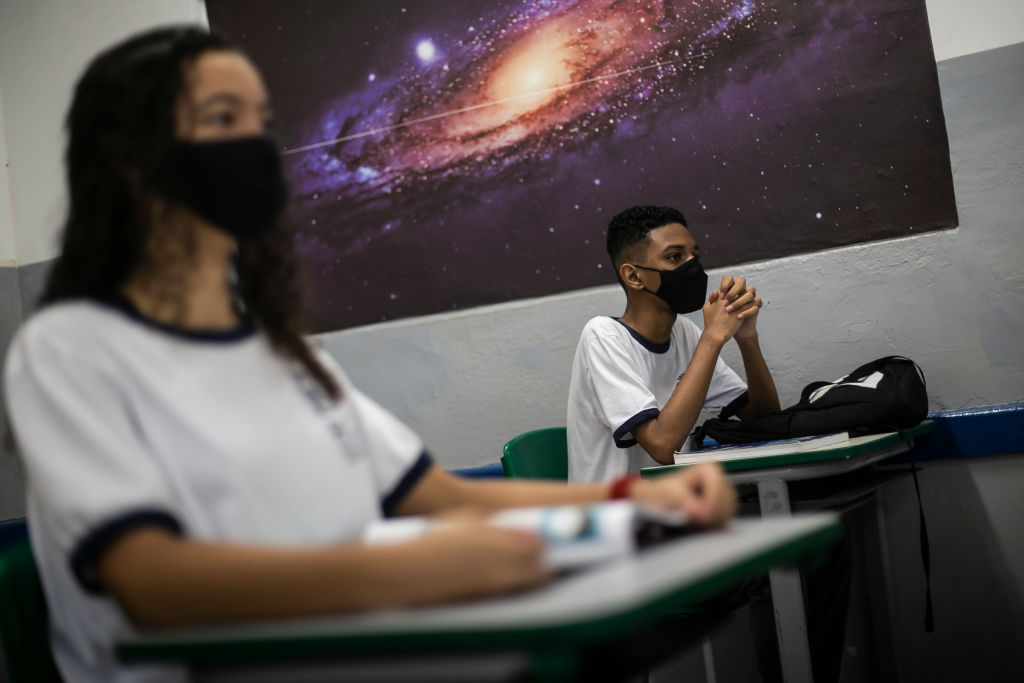 The research found that high school students in Brazil are interested in the environment, biodiversity, and conservation.

This has been reported by a study published in the journal Science Advances, showing how the youth are starting to become more aware of scientific and environmental concepts. They are increasingly becoming interested in science, the Amazon Rainforest’s biodiversity, and its conservation as they enter high school. 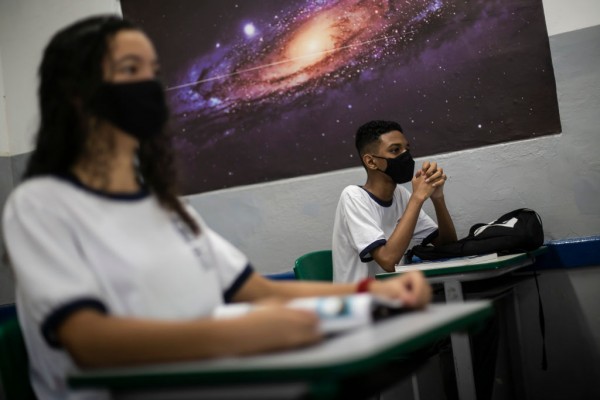 (Photo: Getty Images )
Students wearing face masks attend a class at the Municipal School of Application Carioca Coelho, in the district of Ricardo de Albuquerque on November 24, 2020, in Rio de Janeiro, Brazil. Schools in Rio de Janeiro continue with the gradual reopening that began on November 17, after eight months due to the coronavirus pandemic. Only some students are resuming face-to-face activities, following strict protocols, and with a limit of students per shift. (Photo by Bruna Prado/Getty Images)

The survey found that students from the Northern region, compared to their Southeastern counterparts, are keener about such subjects.

The study analyzed five theses and a survey known as ROSE or Relevance of Science Education. They saw a need for local animals and plants in the National School Curriculum of Brazil.

Students aged 15 were given the ROSE survey in over 40 countries starting in 2004. It detailed interests in topics on science, conservation, biodiversity, and technology.

According to UNIFESP Institute of Environmental, Chemical & Pharmaceutical Sciences and USP School of Education Science Education professor Nélio Bizzo, the students wanted more in-depth learning about native flora and fauna, much more compared to peers in places such as Norway, Sweden, or the UK.

Conducting the study and its findings

The survey was a pilot study in 2007 for two cities, which then gathered nationwide respondents in 2010 as well as 2014. A total of 788 students (or 43.7 percent of respondents) in Brazilian high schools were found to want to learn about the local wildlife; meanwhile, 1,015 students (or 56.3 percent) were not.

Between regions, 50.4 percent of students from the North, including the region of the Amazon, were interested, while it was 33.1 percent for Southeast students. Students of the Northeast had the second-highest number who were interested in biodiversity (a total of 46.9 percent).

According to Bizzo, it was surprising because one expects that educational interest is higher in locations with a higher Human Development Index or HDI as well as more educational and cultural attractions like museums. However, the survey results were the exact opposite.

The lowest Brazilian HDIs are the Northeast and the North.

Bizzo says that textbooks only say the Amazon is not penetrable and that it was just occupied by the Indians recently, which is not true.

The Amazon had a large and complex human population in the pre-Colombian era. These communities domesticated over 80 plants. And yet this traditional knowledge is not taught even if students were interested in it.

Domestication was done on sweet potato, pineapple, papaya, as well as many other fruits and vegetables. The anti-malarial chloroquine is from a tree bark discovered by local tribes.

In culture, mythology involving river dolphins, mapinguari, and Curupira capture the imagination of the Amazonian indigenous and local peoples, which reflect their connection with nature.

The mythical beings and outlandish sagas comprise part of their culture, disseminating knowledge on biodiversity. This makes young Northern Brazil high school students and people, even those in the urban areas, have differing relationships with nature compared to the Southern and Southeastern countryside and city dwellers and are more interested in the environment, biodiversity, and conservation.

Check out more news and information on Amazon Rainforest on Nature World News.