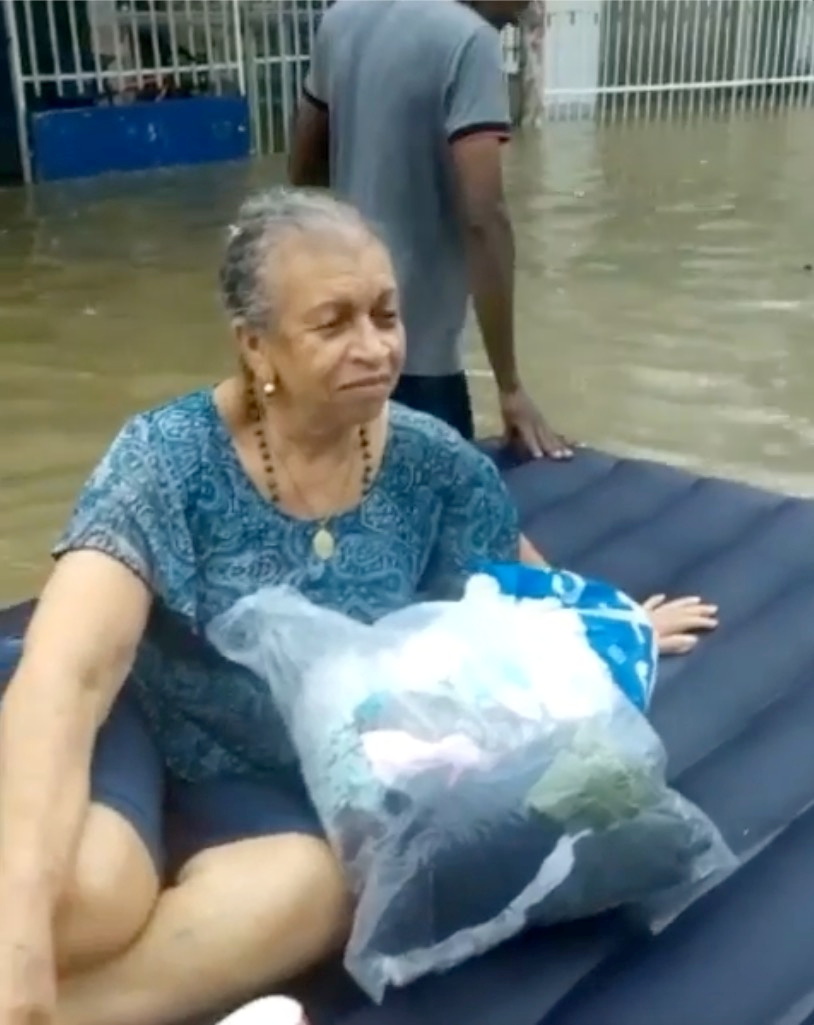 Allison Gargaro, the meteorologist of Fox 35, says that Hurricane Iota, now a hurricane Category 2 storm, is quickly gaining strength as it passes over the warm waters of the Caribbean, in its approach towards Central America.

It reached Category 2 status on the evening of Sunday. The NHC or National Hurricane Center’s forecasters warn that it may bring a catastrophic storm surge with dangerous winds, and regional torrential rain.

As of latest forecast, Hurricane Iota is now heading towards Honduras and Nicaragua, and by landfall, it may reach Category 4 status. This region has not fully recovered from Hurricane Eta, which hit it with a Category 4 status hurricane’s strength. 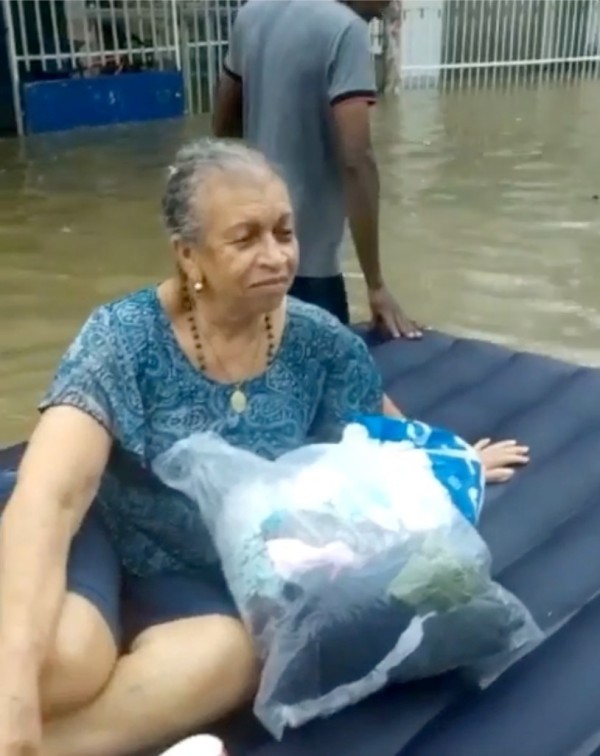 (Photo: Reuters Connect)
A woman is evacuated on a raft amid floodwaters caused by Hurricane Iota in Cartagena, Colombia in this still image taken from a social media video dated November 14, 2020. LUIS GUILLERMO FERREBUS/via REUTERS

As of 7 PM Sunday at EST, Hurricane Iota was found to be approximately 110 miles east from Colombia’s Isla de Providencia and approximately 255 miles east-to-southeast from Cabo Gracias a Dios at the border of Honduras and Nicaragua.

Its sustained maximum winds can reach 100 miles per hour with bigger gusts. According to the NHC, it is seen across the southwest of the Caribbean Sea with a speed of 9 miles per hour.

Iota may reach Category 4 status with wind speeds of 130 miles per hour when it strikes Central America.

Iota is this season’s 13th hurricane; if it reaches a Category 3 status, it will be considered the top six major hurricanes this season.

According to forecasters, it may achieve rapid strengthening within the coming 36 hours. It is believed to be an extremely dangerous category as a 4 status hurricane.

READ NEXT: Tropical Storm Iota To Hit as Major Hurricane in Central America Next Week

Phil Klotzbach, the meteorologist researcher from Colorado State University, says that Iota will become the second coming major hurricane that formed in November; the first of which is Eta.

According to forecasters, Iota’s core will be moving today in the southwest region of the Caribbean Sea. By Monday morning or late night Sunday, it will be over or near Providencia. It will reach the hurricane warning areas in the northeast Nicaraguan and east Honduras coasts by late Monday.

Expected rainfall and other conditions

According to the NHC, it expects Iota to bring eight to 16 inches rainfall and isolated 20-inch to 30-inch levels in parts of Honduras, Guatemala, the southern part of Belize, and the northern part of Nicaragua up to Friday.

Meanwhile, one to eight inches of rain with isolated 12 inches rain will be brought to Costa Rica, El Salvador, Panama, northern Colombia, and southern Nicaragua.

Meanwhile, the warning for the tropical storm has been implemented in San Andrés; Nicaragua’s coast from the southern portion of Sandy Bay Sirpi up to Bluefields; as well as the Honduran north coast from Punta Patuca’s west up to Punta Castilla.

Despite the strength of Hurricane Iota as a hurricane Category 2 storm and its potential devastation to the Caribbean and Central America, it is not expected to hit the US.