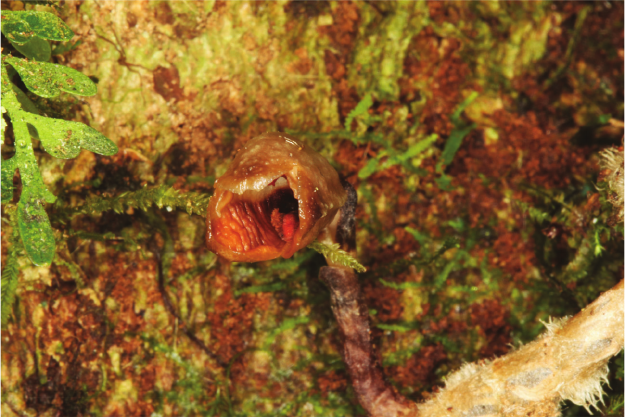 The world’s ugliest orchid has just been discovered by scientists, and its scientific name is Gastrodia agnicellus. It is a native of Madagascar.

A new species of orchid 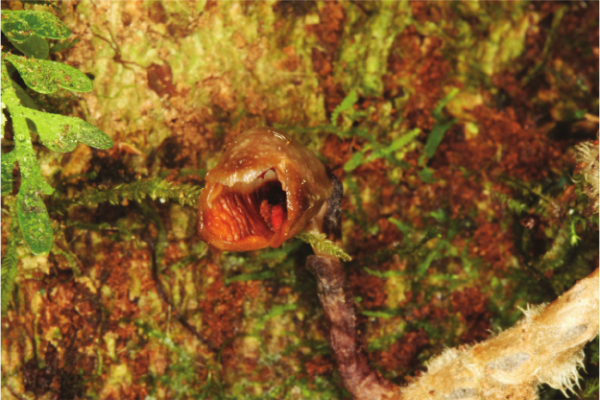 (Photo : Burian, R. Curtis’s Bot. Mag., 2020)
The flower of Gastrodia agnicellus, showing the stem and part of the rhizome.Ranomafana September 2019.

British botanists from the UK Royal Botanic Gardens in Kew labeled it the ugliest of all orchids, even if it is a very fascinating plant that is most unusual even among its fellow orchids.

Even if it is only newly discovered, this species is already considered threatened.

G. agnicellus is usually buried under the ground and only emerges from August to September in order to flower and produce fruit. It does this under the forest floor’s leaf humus before once again retreating underground.

It produces 11-millimeter flowers that has colors from white to brown.

In September 2019, extensive searching yielded the discovery of newly developing fruit inflorescences. Then, some flowers have been found under the leaf litter that were distinctly different from the newly named Gastrodia madagascariensis.

It was found that this was a new species of Gastrodia.

The species was found to live in humid evergreen habitat under the deep forest shade. It can live at the base of trees or hidden among the moss, leaf litter, and flowers.

It emits a musky, pleasant, and rose-like aroma. This scent is stronger during periods of warm temperatures.

Once its flowers become pollinated, its stem starts to grow longer, with the likely purpose of aiding in scattering its seeds.

The genus Gastrodia has members which have no leaves. They have absolutely no photosynthetic tissues because they are holomycotrophs.

These are orchids that rely exclusively on a fungus to provide its needed nutrients. This fungus has the job of extracting nutrients from other plants and from the soil. The orchid plant then acquires these nutrients from the fungus.

Orchids, regardless of genus, have such a relationship with fungi at certain points in their lifetimes. Most of these orchids tend to rely less on the fungus’ services as they approach maturity.

The benefit that the fungus gets from this relationship is still unknown, although in several cases, the fungus is within a mycorrhizal network wherein the fungus performs nutrient exchanges with plants.

The exact relationship of G. agnicellus with fungus has not been discovered yet. This is an important aspect of understanding its biology.

The fact that this orchid lives under particular tree species suggests that it needs a specific mycorrhizal system. This means that any threat to the orchid’s habitat is very serious.

Its method of pollination is also unknown. Since ants have been seen going to and from the orchid’s flowers, this suggests that they steal the flowers’ nectar, inadvertently pollinating them.

More research is needed to know how the new species benefits the complex forest ecosystem it belongs to and how it is contributing to it.

Its range may be small, but it has been discovered in a protected area, particularly the Ranomafana National Park. For now, the protected status of the area offers a measure of protection to this new orchid species.

Curtis’s Botanical Magazine recently honored the discovery of the world’s ugliest orchid species Gastrodia agnicellus by listing it as one of the top ten new species this year.

READ NEXT : Bringing Back Beans, Corn, Squash and Sunflowers To Native American Crops

Check out for more news and information on Soil Conservation on Nature World News.

60 Years of Mars Exploration Has Led to This
How Paddleboards Are Made | How It’s Made
How It’s Made: Champagne Hoods
Can Christmas Tree Lights Spark a Fire? | MythBusters
Q/A: International Partnerships are Getting Perseverance to Mars, Here’s How