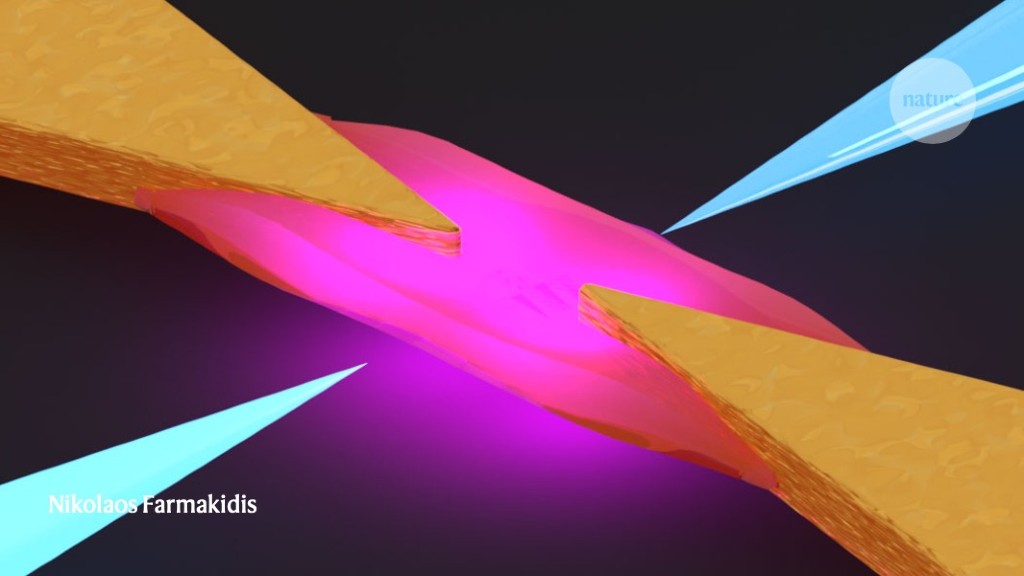 Physicists have found a way to squeeze light signals through the confines of a silicon chip to read and write data. This could make it possible to develop devices that can link the electrical signals used in conventional computers with much faster light-based systems under development.

Standard computer chips use pulses of electrons to encode information. Light travelling through fibre-optic cables carries information faster than electrons do, but combining the two types of signal in one device is difficult: because of light’s relatively large wavelength, photons need to interact with large surfaces, but electronic devices must be small for efficiency’s sake.

Harish Bhaskaran at the University of Oxford, UK, and his colleagues designed a tiny dual-signal data-storage device. Both electrical and light signals can be used to read data stored on the device, as well as to write information on it.

The team’s creation compresses a light pulse into minuscule channels running between gold electrodes and silicon–nitride components. A computer memory cell made of a germanium-based compound sits at the channels’ intersection. Either electrical pulses delivered through the gold electrodes or light pulses focused by the channels can change the device’s ‘state’, allowing for data storage.