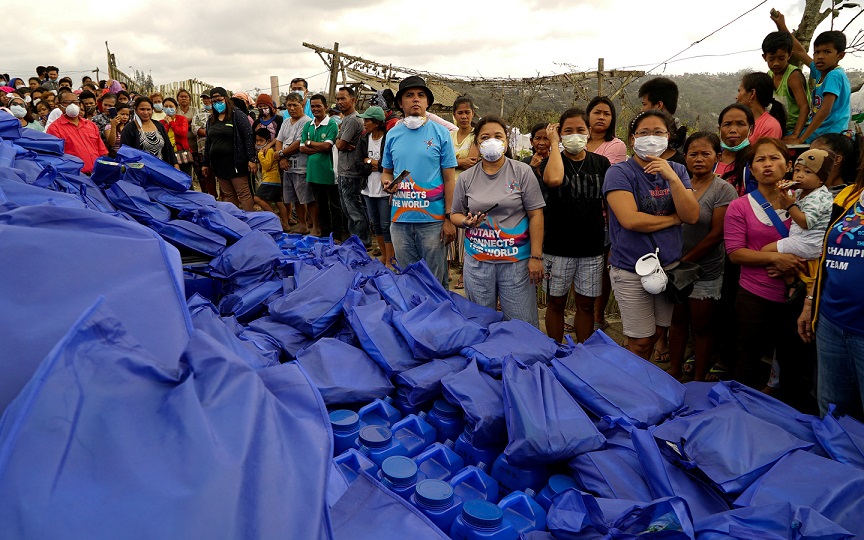 Taal Volcano remained quiet on Tuesday as it had presumably stopped ejecting sulfur dioxide and spewed only weak plumes. According to the Philippine Institute of Volcanology and Seismology (Philvolcs), only four low-frequency tremors were detected in the last 24 hours.

The alert status has been lowered from Level 4 to Level 3 but the Duterte administration is keeping an eye on the restive Taal Volcano’s activity.

Presidential Spokesperson Salvador Panelo guaranteed this the same day when Phivolcs announced the lower alert status level due to fewer volcanic earthquakes, slower ground deformation in Volcano Island and the caldera, and weak gas emissions and steam at the main crater.

Since the initial eruption, the volcano has spewed ash, dust and noxious sulfur dioxide fumes, forcing tens of thousands of people to abandon their homes. The lowered alert level at the Taal Volcano was 2 weeks after this.

Leonita Gonzales, 52, who fled with the rest of her household from the danger zone around Taal, said their fate is all in “God’s hands.” They are not sure if they will have homes to return to.

The lowered alert level is a move that will allow many of the more than 376,000 displaced villagers to return home.

The Taal Volcano, located south of Manila, is a famous tourist destination because of its picturesque setting in the middle of a lake.

The eruption has caused no known deaths but delivered an early crisis this year.

Phivolcs warned that the lowering of the alert level does not mean that the threat of a hazardous eruption has disappeared.

The initial eruption happened on Jan. 12.

Christian Morales, a villager who ignored official warnings and returned to the island where Taal is located to check on his pigs, said: “Almost everything is destroyed.”

The 9-mile “danger zone” around the volcano is an area that is home to some half-million people.

According to Panelo in an interview, they are elated because the lowered alert level shows that the danger is much lower. He added that the government does not lie low and they are always on their toes when it comes to dangers that the volcano might bring to their fellow countrymen.

Alert level 3 means there is a “decreased tendency toward a hazardous eruption.” Level four indicates that the eruption could occur within days. Alert level 5 designates a major and much more dangerous eruption.

Earthquakes indicate magmatic activity beneath the Taal edifice “that could lead to eruptive activity at the main crater.”

Communities beside the active river channels are advised to be vigilant, especially when it rains.

Some people have been trying to rescue pets and animals left behind by the evacuees. Right now, they are only trying to save small animals, such as dogs and cats, out of danger.

RELATED ARTICLE: Safety Tips: How to Cope With Natural Disasters, According to Experts