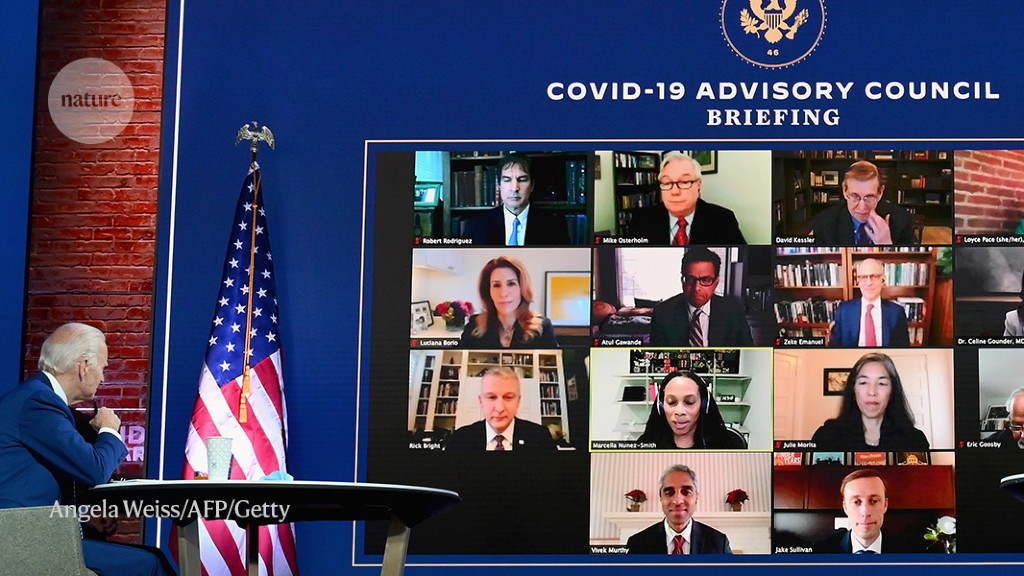 After winning the US presidential election, Democrat Joe Biden moved quickly to begin naming the experts who will advise him on a range of issues — including science.

He immediately announced a task force of public-health specialists who will counsel him on a strategy to curtail the coronavirus pandemic, and he has since created a new position on the White House National Security Council devoted to climate change. Scientists have welcomed Biden’s swift actions in picking advisers with strong backgrounds in research and evidence-based policy. His predecessor, Republican President Donald Trump, appointed multiple climate-change sceptics to top positions in key US science agencies.

Many of the nominees Biden has named must be confirmed by the US Senate — and this process, which begins after Biden is sworn in on 20 January, will be potentially contentious. In the meantime, Nature is tracking some of the president-elect’s most important selections for science.

The people Biden has appointed to existing science-focused roles — and who they replace.

The US Environmental Protection Agency (EPA) safeguards public health and the environment by assessing and regulating the risks posed by chemicals and pollutants. It has a large role in climate-change mitigation by crafting rules that limit greenhouse-gas emissions.

The US Department of Energy (DOE) is charged with maintaining the country’s nuclear-weapons programme and managing a network of 17 national laboratories that conduct research into advanced materials, renewable energy and more. The agency will play an important part as Biden seeks to advance his climate agenda.

The US Centers for Disease Control and Prevention (CDC) is tasked with protecting public health and safety, in particular through disease surveillance and data analysis. The agency historically plays a key role in pandemic response.

Centers for Disease Control and Prevention

The US Department of Health and Human Services (HHS) oversees a multitude of programmes that address public health, biomedical research and social services. It covers the Centers for Disease Control and Prevention, the Food and Drug Administration and the National Institutes of Health, three agencies that are crucial for the US pandemic response.

Department of Health and Human Services

The people Biden has appointed to science-based positions that didn’t exist before.

Working in the White House, the czar will coordinate efforts with the full suite of federal agencies to advance Biden’s climate agenda in the United States.

Working within the National Security Council, the envoy will coordinate international climate negotiations and actions. The role will be especially important as Biden attempts to make progress on his ambitious climate agenda.