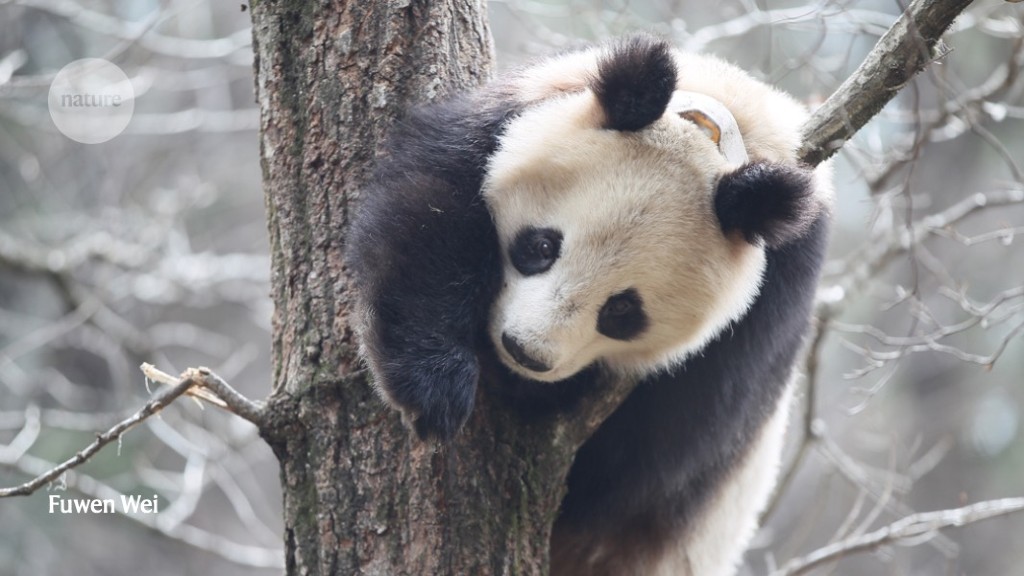 Wild giant pandas sometimes mess up their neat black and white outfits by rolling in horse manure — and now scientists have an explanation for why the animals engage in this odd activity.

Fuwen Wei at the Chinese Academy of Sciences in Beijing, Ren Lai at the Chinese Academy of Sciences in Kunming and their colleagues studied 38 instances of the behaviour in giant pandas (Ailuropoda melanoleuca) in the Qinling Mountains, where, for millennia, animals have been exposed to horses travelling ancient trade routes. The pandas usually chose manure less than ten days old, prompting the team to wonder whether they were seeking volatile compounds that are present only in fresh dung. Sure enough, experiments with zoo pandas showed that the animals enjoyed rolling in hay dosed with volatile beta-caryophyllene and caryophyllene oxide.

But why? The authors only observed horse-manure rolling from November to April, and 95% of rolling events were recorded when the temperature was a chilly −5ºC to 15ºC. Mice treated with the chemicals could better withstand cold temperatures. The researchers conclude that pandas use chemicals in horse dung to block cold receptors in their skin, making them feel more comfortable — even if they look less tidy — in the winter.

The Life and Death of a Planetary System
How It’s Made: Natural Baking Soda
What You Need to Know About Ocean Worlds
Parker Solar Probe Countdown to T-Zero in 4K: Flying Faster, Hotter and Closer Than Ever to the Sun
How It’s Made: Apple Cider