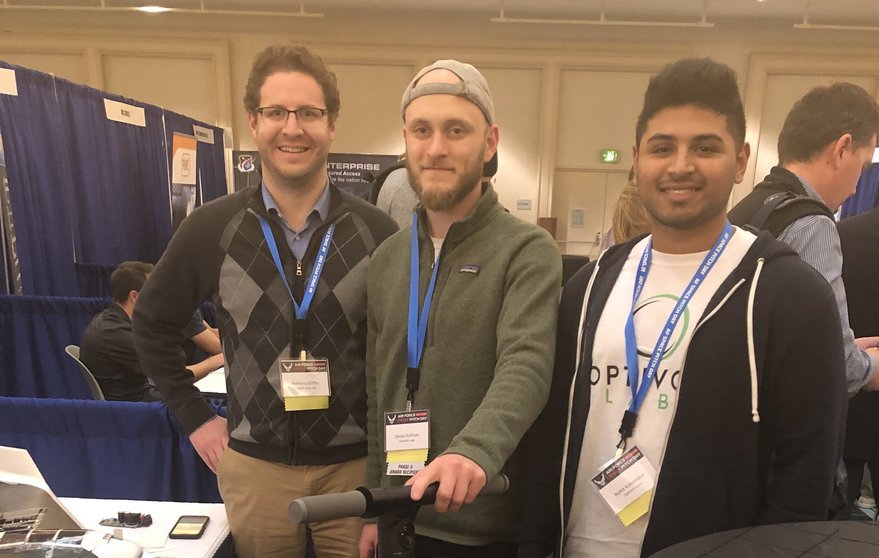 Each of the 12 companies received a $750,000 check and signed contract on the spot during the event organized by the Air Force and Starburst Aerospace, an aerospace startup accelerator.

“We hope you will view this as an earnest indication of our seriousness in working with you,” said Will Roper, Air Force assistant secretary for acquisition, technology and logistics. “We will do this every year, forever. As long as innovation works this way, we want to be a partner that works with you at your time of need.”

Each team competing for the $750,000 Small Business Innovation Research phase two awards also explained how it would carry its concepts further with an additional $1.5 million or $3 million in Air Force funding.

“We got very compelling pitches on what they could do with extra money,” Roper said.

On Nov. 6, the companies are scheduled to present those plans publicly and the Air Force is prepared to announce additional contracts, Roper added.

“What you see here is your Air Force trying to do things differently; experimenting with how we can work closer with the commercial space market particularly the small businesses,” said Lt. Gen. John “JT” Thompson, Air Force Space and Missile Systems Center commander. “We have to transition from an industrial age acquisition model to something more modern. We have to do that because of the threats we are seeing from our adversaries.”

Will Roper, Air Force assistant secretary for acquisition, technology and logistics, said the Air Force is working to “reboot everything from its Cold War acquisition system and start acting like a 21st century purchaser or tech investor.”

If it is successful, the Air Force will help to create companies with successful defense and commercial product lines instead of simply creating government prime contractors, Roper said.

The Air Force awarded Optivolt Labs, a six-person company founded in 2017, $750,000 for a deployable solar power system for Air Force space communications. To date, the Burlingame, California, company has focused primarily on commercial applications, like a solar-powered scooter, for its technology to help customers easily integrate solar devices into various systems.

Space Micro has invested $60 million in the technology for commercial applications. “The Department of Defense can ride those coattails,” Strobel said.