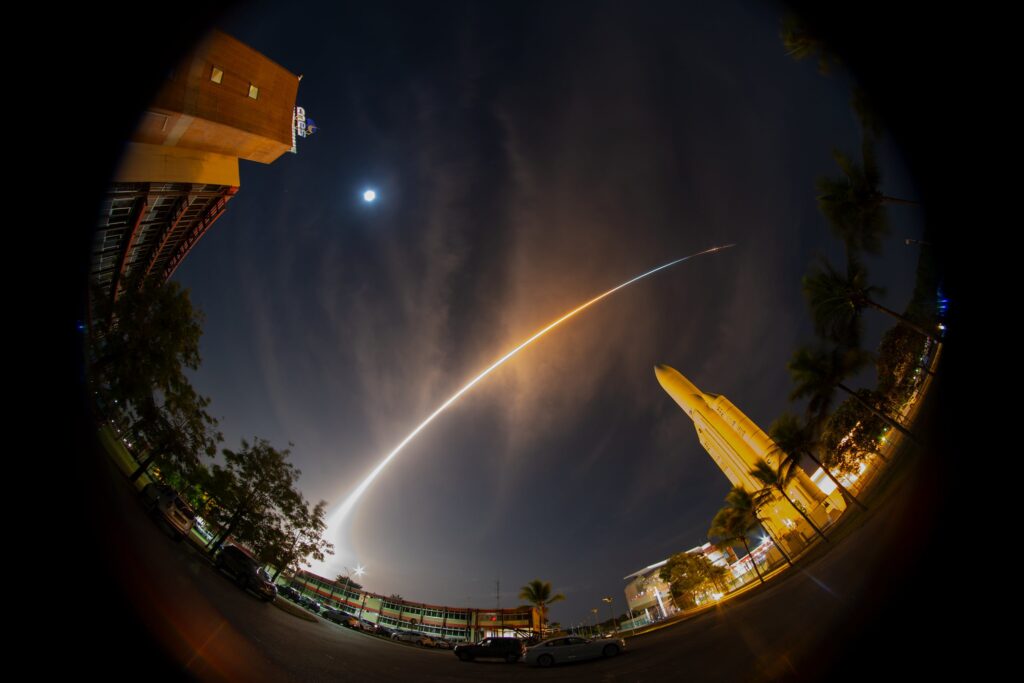 To receive FIRST UP Satcom, a weekly SpaceNews newsletter for satellite and telecom professionals, sign up here.

Globalstar is borrowing $199 million through a loan arranged by its controlling shareholder Thermo and fleet operator EchoStar. Globalstar said it will use the funds to pay off a $66 million loan arranged in June, and to make pre-payments towards a separate $152 million loan. Globalstar has rights to global S-band satellite spectrum, which it is seeking to use for terrestrial connectivity. EchoStar recently acquired Helios Wire and ordered two S-band smallsats from Tyvak to secure S-band spectrum rights with international regulators. Mike Dugan, EchoStar president and chief executive, said the company sees “potential opportunities to collaborate with Globalstar in S-band development.” The new credit facility with EchoStar matures in November 2025. [Globalstar]

Malaysian satellite operator Measat selected Arianespace to launch its next satellite on an Ariane 5 rocket. Measat-3d, a communications satellite Airbus Defence and Space is building, is scheduled to launch on the European heavy lift vehicle in 2021. Measat-3d has a target weight of 5,734 kilograms, and is expected to have an operational life of 19 years. The satellite will carry C-, Ku-, and Ka-band payloads for Measat, plus an L-band payload for South Korean satellite operator KT Sat. Measat-3d will have coverage over Africa, the Middle East and Asia, including Malaysia. [Arianespace]

Roscosmos is using drones and Earth-imaging satellites to monitor construction at Russia’s Vostochny Cosmodrome in an effort to keep the program from falling further behind schedule. Roscosmos CEO Dmitry Rogozin told Russian President Vladimir Putin that Roscosmos is using satellite imagery to check progress on a weekly basis. A first launch of Russia’s Angara 5 rocket from Vostochny, once planned for 2020, is now targeted for 2023, Rogozin said. Cosmodrome preparations are also underway to support the launch of a super-heavy Russian rocket from Vostochny in 2028, he said. [Kremlin]

Marlink has finished construction of a satellite network in rural French Guiana.The network, comprised of a large ground station antenna and around 50 very small aperture terminal satellite dishes, provides internet access to schools, colleges, government agencies and the public. French Guiana has Europe’s primary spaceport, the Guiana Space Center, along the coast, but the majority of the territory is covered by the Amazon. Marlink said it completed the rural connectivity project with the Collectivité Territoriale de Guyane government, and local public company SPLANG. [Marlink]

Comtech Telecommunications has acquired Canadian ground systems company UHP Networks for $40 million. Comtech said the purchase allows it to leverage UHP routers and very small aperture terminal equipment in its products. UHP also brings connections to U.S. mobile network operators, international government agencies, and Fortune 500 companies. Comtech said it agreed to pay an additional $10 million in earn-out payments if UHP meets agreed upon sales targets over the next 12 months. Comtech expects the acquisition to close late in the second half of its fiscal 2020. [Comtech]

Eutelsat says it is willing to support a public auction of C-band spectrum by the FCC provided it is compensated. The satellite operator, which dropped out of the C-Band Alliance coalition of other satellite operators this fall, said it would support the FCC’s plans announced last week for a public auction of 280 megahertz of satellite C-band spectrum for terrestrial 5G services as long as some proceeds from the spectrum sale go toward covering costs satellite operators will incur moving out of the band. The FCC hasn’t disclosed if auction proceeds would be used to cover such costs, although there are provisions to do so in a Senate bill introduced last week. [SpaceNews]

Satellite Internet of Things startup Lacuna Space has teamed up with Swiss wireless company Miromico to develop communications devices to link with Lacuna’s future constellation. Lacuna and Miromico plan to conduct commercial trials next year using Lacuna’s prototype satellite. Lacuna has slightly increased the target size of its first-generation constellation from 32 satellites to 36 satellites. The company hopes to have the constellation in a 500-kilometer low Earth orbit by the end of 2022. Lacuna and Miromico plan to develop a global supply chain for customers to buy modems, antennas and other user equipment. [Lacuna Space]

An Ariane 5 launched two satellites Tuesday after several days of delays.The rocket lifted off from Kourou, French Guiana, at 4:23 p.m. Eastern, deploying the TIBA-1 satellite 27 minutes after liftoff and Inmarsat’s GX5 satellite seven minutes later. TIBA-1, named after the ancient Egyptian capital of Tiba, is the Egyptian government’s first satellite, built by Airbus and Thales Alenia Space. Inmarsat GX5, built by Thales Alenia Space, is the first of eight additional satellites and payloads Inmarsat ordered after completing its first-generation Global Xpress high-throughput satellite system. GX5 has more capacity than its four predecessors combined. The launch, delayed by ground equipment problems and weather, was the was the 250th of an Ariane rocket, and one of the last for the Ariane 5, which has 11 missions remaining. [SpaceNews]