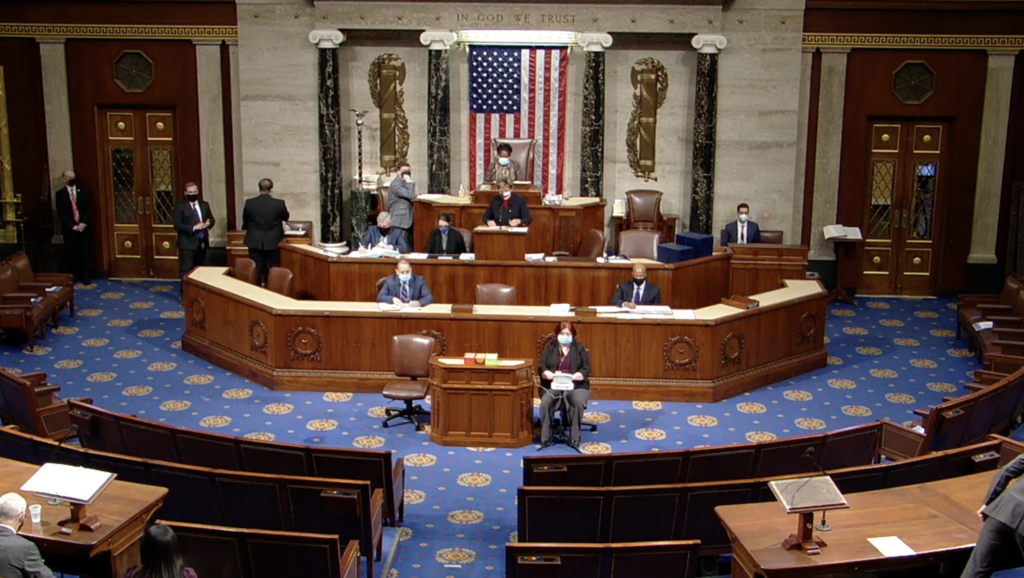 WASHINGTON — The House of Representatives on Dec. 28 voted 322-87 to overturn President Donald Trump’s veto of the National Defense Authorization Act for fiscal year 2021.

The measure is now headed to the Senate floor for a vote expected this week. Two-thirds majorities are needed in the House and Senate to overturn the veto and enact the NDAA into law. Depending on how the Senate vote goes, this could be the first congressional override of a Trump veto.

Sen. Jack Reed (D-RI), the ranking member of the Senate Armed Services Committee, called the House vote a “stinging rebuke” of the president.

Rep. Mike Rogers (R-Ala.), who will replace Rep. Mac Thornberry (R-Texas) as the ranking member of the House Armed Services Committee, voted in favor of the override. “This year’s bipartisan NDAA meets the challenges our warfighters face now and it shapes how our military will win future conflicts,” he said in a statement.

Trump vetoed the NDAA on Dec. 23. The massive bill authorizes $740 billion for national defense spending and sets policies affecting every aspect of military operations. The bill earlier this month passed both chambers with broad bipartisan support — the House voted in favor of the bill 335-78-1 and the Senate’s vote was 84-13. It was sent to the president’s desk Dec. 11.

Trump refused to sign the NDAA because it did not comply with his demand that it include a provision to repeal Section 230 of the 1996 Communications Act. Section 230 shields online companies from legal liability for content posted by users. The president also opposed provisions in the NDAA to rename military bases that honor Confederate officers and language that restricts his power to use military construction money for other projects.