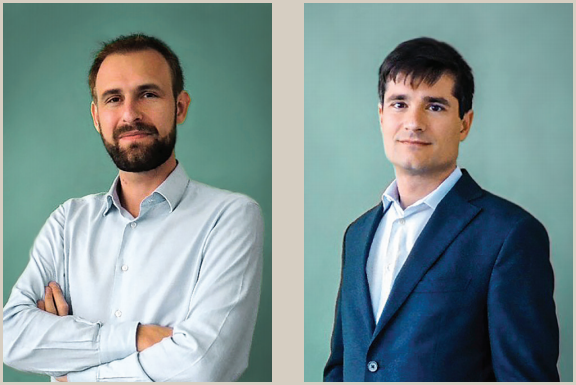 For Telespazio Vega Deutschland, a subsidiary of the spaceflight services company Telespazio of Rome, the challenges faced by a new generation of space companies present enticing opportunities.

At the 2019 International Astronautical Congress (IAC), Telespazio Vega Deutschland did not unveil Enable publicly. However, the company conducted customer demonstrations behind the scenes and held an Oct. 23 special session to highlight the common challenges space companies face in planning and conducting operations, communicating with distant spacecraft, and retrieving and analyzing data.

“We are talking about all the activities you do as engineers and all the systems that support your activities from design to operations to scalability for the next 10 years,” Guillaume Tanier, Telespazio Vega’s Enable product manager and lead designer, said during the special session, The Future of Space Operations Across Industries.

Alvaro Alonso Ruiz, Telespazio Vega Deutschland business development manager and Enable commercial manager, added, “We have to reduce the cost and complexity of space operations to empower space ventures and help them scale up.”

Many of the activities companies described during the special session were inherently complex. For example, Orbit Fab, a San Francisco company founded in 2018, plans to operate propellant depots in low Earth orbit and CisLunar Industries, a company established in Luxembourg in 2017, plans to create a foundry in orbit to recycle metal.

“We hope to transform space debris from a hazard into something of a valuable commodity,” said Gary Calman, CisLunar Industries CEO and co-founder. Since quality control will be essential, CisLunar will need constant communications with its spacecraft during debris processing, he added.

Another session participant was Tokyo-based ispace, a lunar exploration company founded in 2010. Ispace is building robotic landers and rovers to perform a variety of lunar missions for customers.

Axelspace, founded in Toyko in 2008, plans to operate dozens of satellites in low Earth orbit to capture daily, global imagery with a resolution of 2.5 meters per pixel, said Axelspace CEO Yuya Nakamura.

Innovation in launcher and space segment have made access to space more affordable than ever, Alonso Ruiz said. Before private space ventures can flourish, “we need a paradigm shift also on the ground segment and operations,” he added.

“Until now, ground segment and operations have been expensive, they’ve been very manual and they have been tailored to specific missions,” Alonso Ruiz said. “Commercial companies can’t operate like this.”

Enable is not tailored to a mission but is a standard platform offering all the capabilities “to design, scale, operate and optimize a space mission,” Alonso Ruiz said.

Telespazio Vega designed Enable for flexibility to meet the needs of small space companies continually surveying the market and evaluating customer needs, Tanier said. In order for space companies to succeed in conducting missions that only large space agencies could accomplish in the past, “you’ve got to be fast and reduce your time to market as you deploy new services and new products,” he added. “You’ve got to be flexible because your business models change. You adapt, pivot.”

Space companies often think they have to develop their own ground segments and operations because what they find in the marketplace is not flexible or cost-effective enough, Tanier said.

That is the problem Enable is designed to address. Telespazio Vega created Enable to help space ventures emerge, expand and turn into sustainable businesses, Tanier said. “We are talking about the colonization of space, exploring space, exploiting space,” he added.

This article originally appeared in the Nov. 11, 2019 issue of SpaceNews magazine.