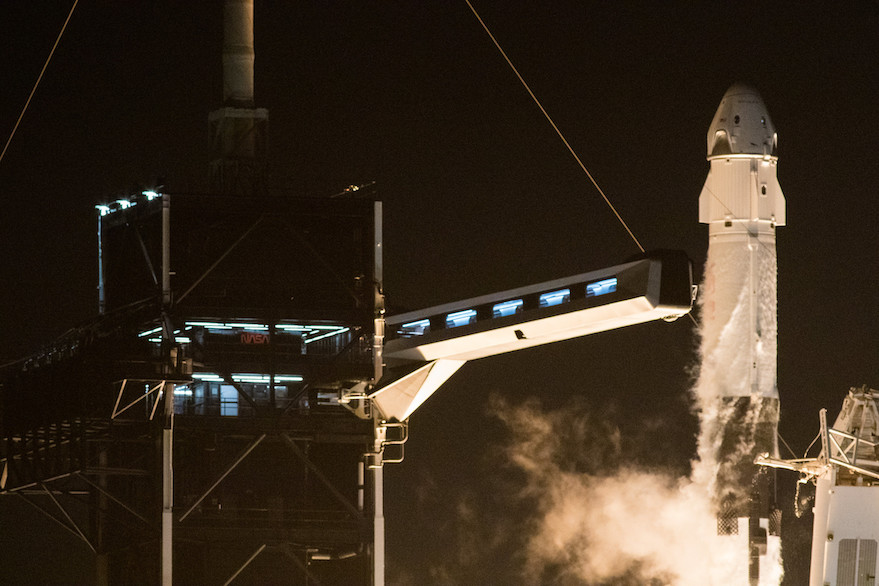 On Nov. 15, the world watched with admiration as SpaceX’s Crew Dragon capsule launched atop a Falcon 9 rocket from Florida’s historic Kennedy Space Center carrying a four-person crew. The occasion marked an important milestone — the first orbital FAA-licensed human spaceflight launch. This achievement demonstrates America’s leadership in a new era of space exploration advanced by private companies in the United States.

Commercial space activity is rapidly expanding. This year, the U.S. Department of Transportation’s Federal Aviation Administration (FAA) has already licensed 31 launches. In contrast, the FAA licensed just one commercial launch in 2011, when the Space Shuttle last flew. The frequency of launches and reentries will only continue to ramp up in the years ahead. The FAA’s National Aerospace Forecast projects as many as 56 launches next year.

Our country is on the verge of the most exciting years in space yet. Last month, the U.S. Department of Transportation announced the completion of the most comprehensive update and streamlining of the FAA’s commercial space launch and reentry licensing requirements ever undertaken. This new rule will allow operators to use a single license for multiple launches from multiple launch sites. Furthermore, it replaces cumbersome, prescriptive requirements with flexible, performance-based criteria. These important reforms will simplify the licensing process, allow more room for innovation, and reduce costs — all without sacrificing safety.

Internally, the FAA’s Office of Commercial Space Transportation has been restructured to focus its efforts more effectively on spaceport policy, ensuring that the U.S. can keep pace with this fast-evolving industry. The office has licensed 12 spaceports nationwide with several more in the pre-application phase, and FAA is working to remove barriers to competitiveness and help ensure that the U.S. continues to lead the world in space infrastructure.

Next year, the FAA will deploy a prototype system to integrate launch operations more efficiently with real-time aviation operations in the National Airspace System. And the Department has established a new research domain within its Center of Excellence for Commercial Space Transportation, which is dedicated to advancing leading-edge research in the areas of safety and innovation.

We are taking a whole-of-government approach to reclaiming America’s standing as the greatest space-faring nation. President Trump reestablished the National Space Council to focus the full resources of the Federal government to support American leadership in space. Chaired by Vice President Mike Pence, this Council has worked to bring a renewed sense of purpose to America’s space policy. The results speak for themselves. In 2012, our country ranked third worldwide for commercial orbital launches. In the first year of this Administration, America doubled its launch rate over that of 2016, asserting its position as N0. 1 in the world with 22 launches.

As America’s best and brightest continue to dream bigger and aim higher, the U.S. Department of Transportation stands ready to support them and ensure the safe operation of commercial space transportation activity. Let’s keep exploring!