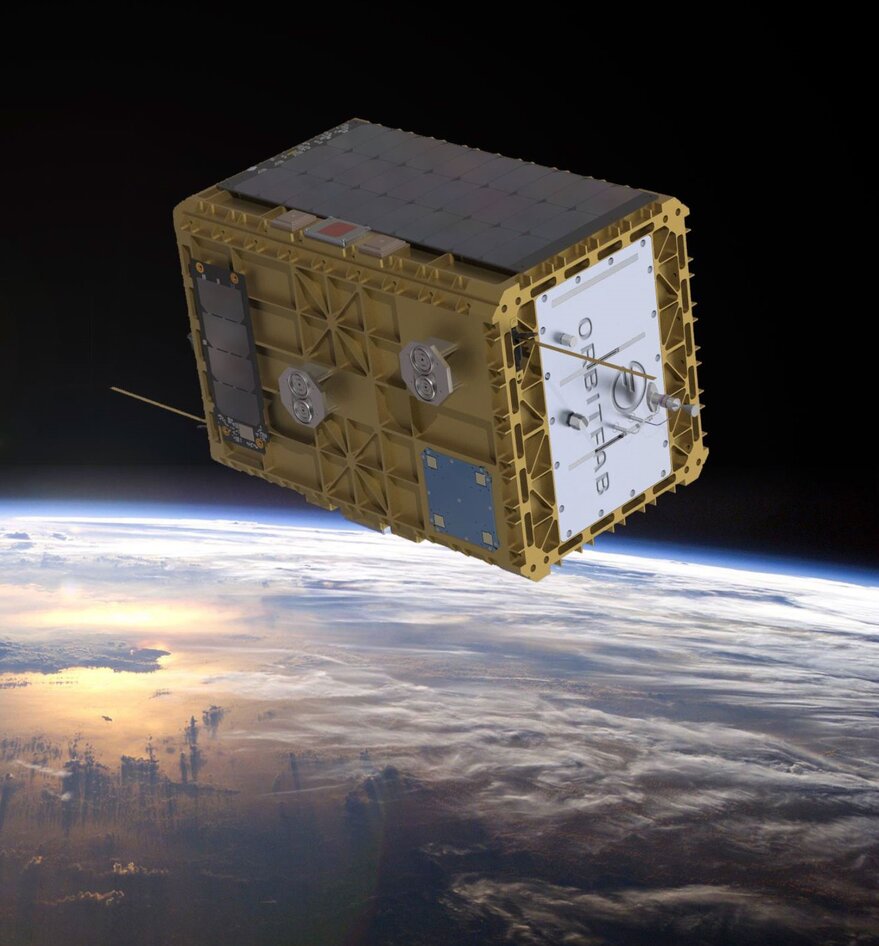 SAN FRANCISCO – Orbit Fab, a startup preparing to establish fuel depots in space, announced an agreement Nov. 17 with Spaceflight Inc. to send its first microsatellite into orbit in 2021.

“We’re building the world’s first operational satellite fuel depot,” Faber said. “This helps us solve the chicken and egg problem. No one is buying fuel in orbit because no one is selling it. We built an egg.”

Orbit Fab has not yet said what type of propellant it will offer or how much of it will be stored, but Faber calls Tanker 001 Tenzing a minimum viable product.

“We are putting inventory into orbit as a demonstration and a signal of our commitment to take different fuels to different orbits,” Faber said.

In-orbit servicing is rapidly gaining steam as startups and industry giants develop and demonstrate the technology. The first Mission Extension Vehicle (MEV) built by Northrop Grumman subsidiary Space Logistics docked with an Intelsat satellite in February. Space Logistics’ second MEV launched in August is on its way to a second Intelsat satellite.

Orbit Fab, a venture-backed startup founded in 2018, is “laser focused on storable propellant and the technologies that are needed to allow our customers to get access to that propellant,” Faber said.

Orbit Fab worked with dozens of companies and government agencies to develop one of those technologies, the Rapidly Attachable Fluid Transfer Interface (RAFTI) also known as the Satellite Gas Cap.

“Orbit Fab’s RAFTI supports the Air Force and Space Force need for space combat logistics capabilities (On-Orbit Servicing), which enables space domain awareness,” Jeremy Schiel, Orbit Fab chief development officer, said in a statement. “Refueling is a requirement in the emerging Space Force architecture and for good reason. You don’t want to run out of fuel in the middle of a confrontation.”