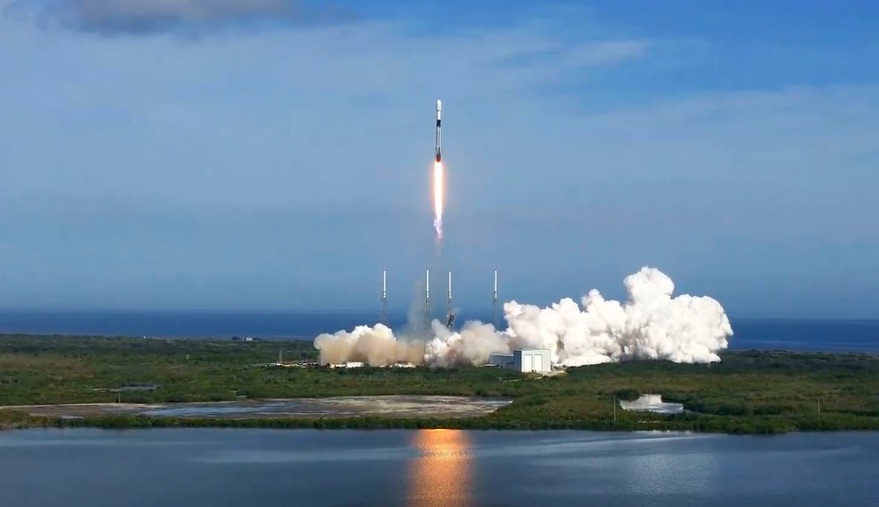 WASHINGTON — A SpaceX Falcon 9 launched a new spacecraft for satellite radio company SiriusXM Dec. 13 as the company nears the end of a record-setting year.

The Falcon 9 lifted off from Space Launch Complex 40 at Cape Canaveral Space Force Station at 12:30 p.m. Eastern. SpaceX scrubbed a previous launch attempt two days earlier at just 30 seconds before liftoff because of a potential, but unspecified, issue with ground systems.

The rocket’s upper stage deployed the SXM-7 satellite into a geostationary transfer orbit 31 minutes after liftoff. The rocket’s first stage successfully landed on a droneship in the Atlantic Ocean. That stage made its seventh flight, having previously launched the Demo-1 commercial crew test flight, the Radarsat Constellation Mission and four sets of Starlink satellites.

SXM-7 is one of two new digital audio radio service satellites that SiriusXM ordered from Space Systems Loral (now Maxar Technologies) in 2016. The satellite, weighing nearly 7,000 kilograms at launch, will generate more than 20 kilowatts of power and deploy a large antenna that will broadcast programming for SiriusXM subscribers in North America and the Caribbean.

The launch is the 24th orbital mission in 2020 for SpaceX, the most launches the company has performed in a single year. The SXM-7 launch, though, was only the third where the primary customer was neither the U.S. government nor SpaceX itself. Fourteen Falcon 9 launches have been of SpaceX’s Starlink satellites. Five have been for NASA, including commercial crew and cargo missions to the International Space Station and the Sentinel-6 Michael Freilich ocean science satellites, while two have carried GPS satellites for the U.S. Space Force. SpaceX also performed a suborbital Falcon 9 launch in January as an in-flight abort test of the Crew Dragon spacecraft for NASA.

Besides SXM-7, the only Falcon 9 launches for customers other than the U.S. government and SpaceX have been the July launch of the ANASIS-2 military communications satellite for South Korea and the August launch of the SAOCOM 1B radar imaging satellite for CONAE, Argentina’s space agency.