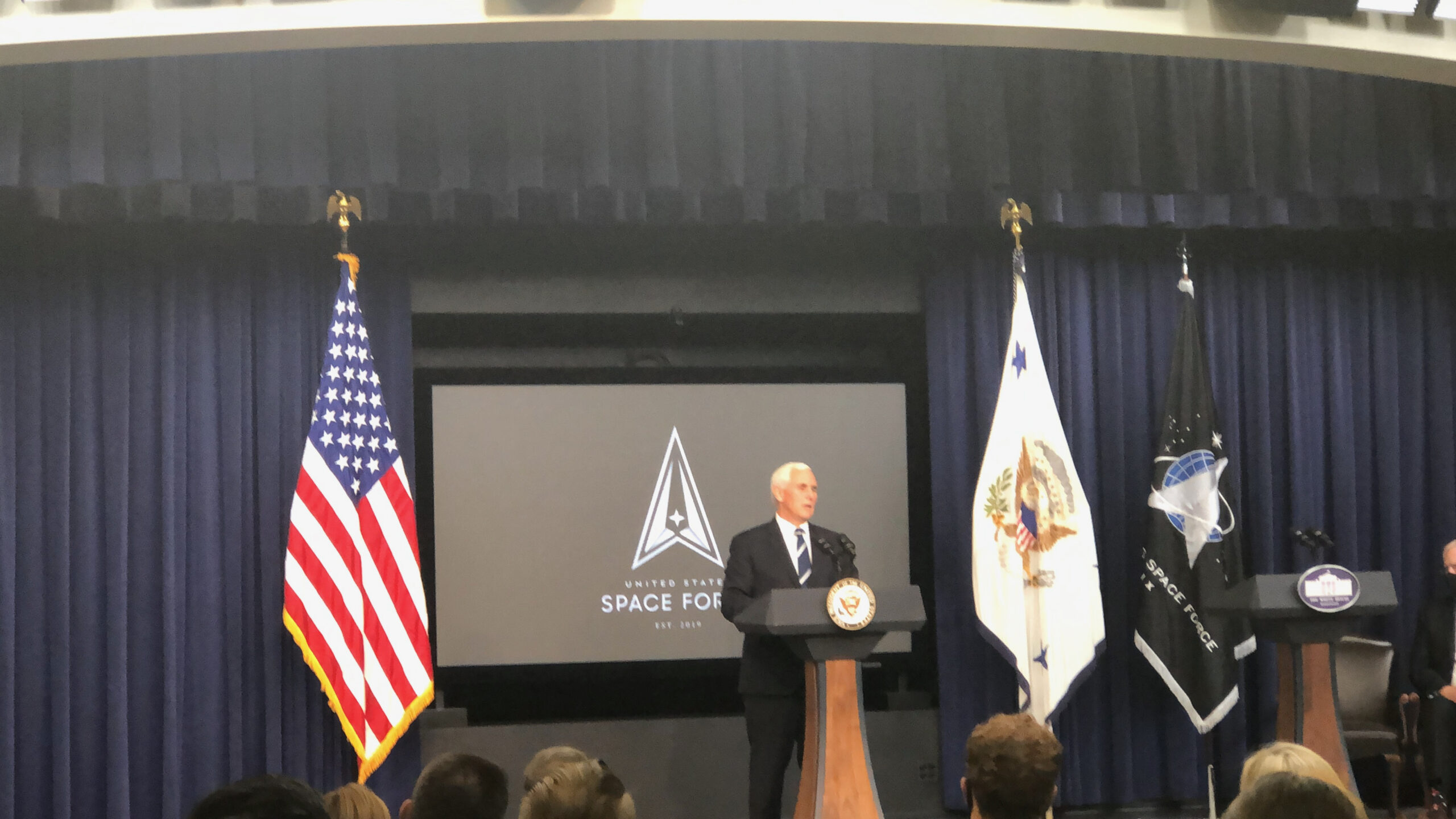 The Space Force says Guardians is a “name with a long history in space operations.”

WASHINGTON — The members of the U.S. Space Force finally have a name: Guardians.

Vice President Mike Pence revealed the name Dec. 18 at a ceremony at the White House for the Space Force’s one-year anniversary.

“Henceforth the men and women of the U.S. Space Force will be known as guardians,” said Pence. “Soldiers, sailors, airmen, marines, and guardians.”

“The name guardians connects our proud heritage and culture to the important mission we execute 24/7, protecting the people and interest of the U.S. and its allies,” the Space Force said in a statement.

The announcement of the name selection drew mockery on social media as being inspired by the “Guardians of the Galaxy” space adventure film.

According to the Space Force: “Guardians is a name with a long history in space operations, tracing back to the original command motto of Air Force Space Command in 1983, ‘Guardians of the High Frontier.’”

The Space Force said hundreds of submissions were received from service members and from the general public.

Also on Friday as part of the anniversary celebration, NASA Astronaut Mike Hopkins left the U.S. Air Force and was sworn in as a colonel in the U.S. Space Force in a ceremony aboard the International Space Station.

The transfer ceremony “highlights the decades-long partnership between the Department of Defense and the National Aeronautics and Space Administration,” said NASA Administration Jim Bridenstine. “NASA is proud to have service members from all branches of the military serving as civilian astronauts for over 60 years.”