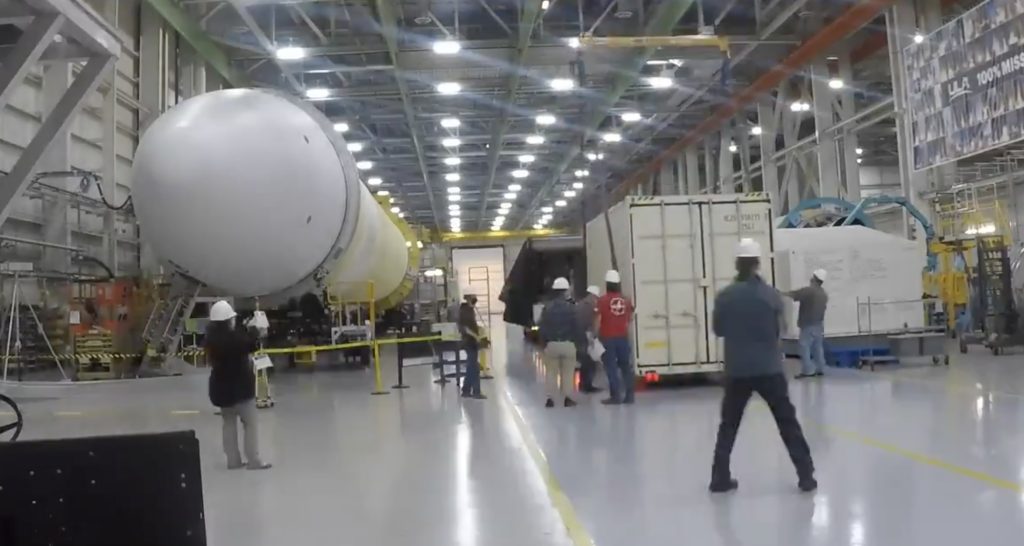 Tory Bruno said he is confident that Vulcan and first customer — Astrobotic’s Peregrine lunar lander —  will be on the launch pad “by the end of next year.”

Bruno told reporters in a conference call that ULA is confident that both the launch vehicle and its first customer — Astrobotic’s Peregrine lunar lander —  will be on the launch pad “by the end of next year.”

The timeline for Vulcan’s maiden flight has slipped over the past two years because ULA does not yet have flight-qualified BE-4 main engines for Vulcan’s first stage. Engine manufacturer Blue Origin this year delivered two “pathfinder” engines to be used for ground tests but the actual flight engines won’t arrive at ULA’s factory in Decatur, Alabama, until summer 2021.

Blue Origin is producing the engines in Kent, Washington, and will test them at its facility in West Texas.

Bruno said the testing that is being done in Decatur with the pathfinder engines will help ease the integration of the flight engines when they arrive next summer. He insisted that would still give ULA enough time to get the vehicle ready for a late 2021 launch.

“We’re able to work off with pathfinder engines right up until the flight readiness firing,” Bruno said. “At the last minute we can bring in the flight engines.”

Vulcan’s mission to the moon would be one of 10 projected launches ULA anticipates it will conduct in 2021.

Of the 10 launches, four are national security satellites, three are NASA missions, and other three are commercial — one is Astrobotic’s lunar lander and the other two are Boeing Starliner commercial crew capsule launches to the International Space Station.

One of the four national security launches will be a National Reconnaissance Office mission on a Delta 4 Heavy rocket, an aging vehicle that has to fly four more times before it’s retired. ULA last week launched NROL-44 on a Delta 4 Heavy following three months of delays and scrubs. including a pair of last-minute aborts and other delays caused by problems with the launch pad equipment.

Bruno said the problems were caused by aging equipment and difficulties operating  launch pads that are rarely used.

Of the four remaining NRO missions on Delta 4 Heavy, two will fly from Cape Canaveral, Florida, and two from Vandenberg Air Force Base, California.

Bruno said ULA is taking action to avoid the problems experienced with NROL-44.

“We’re going through all the pads and preemptively replacing items,” he said. “We’ll activate the pads periodically and test them and activate them whether there’s a mission or not,” Bruno said. “I don’t expect to have issues like we had with NROL-44 ever again.”