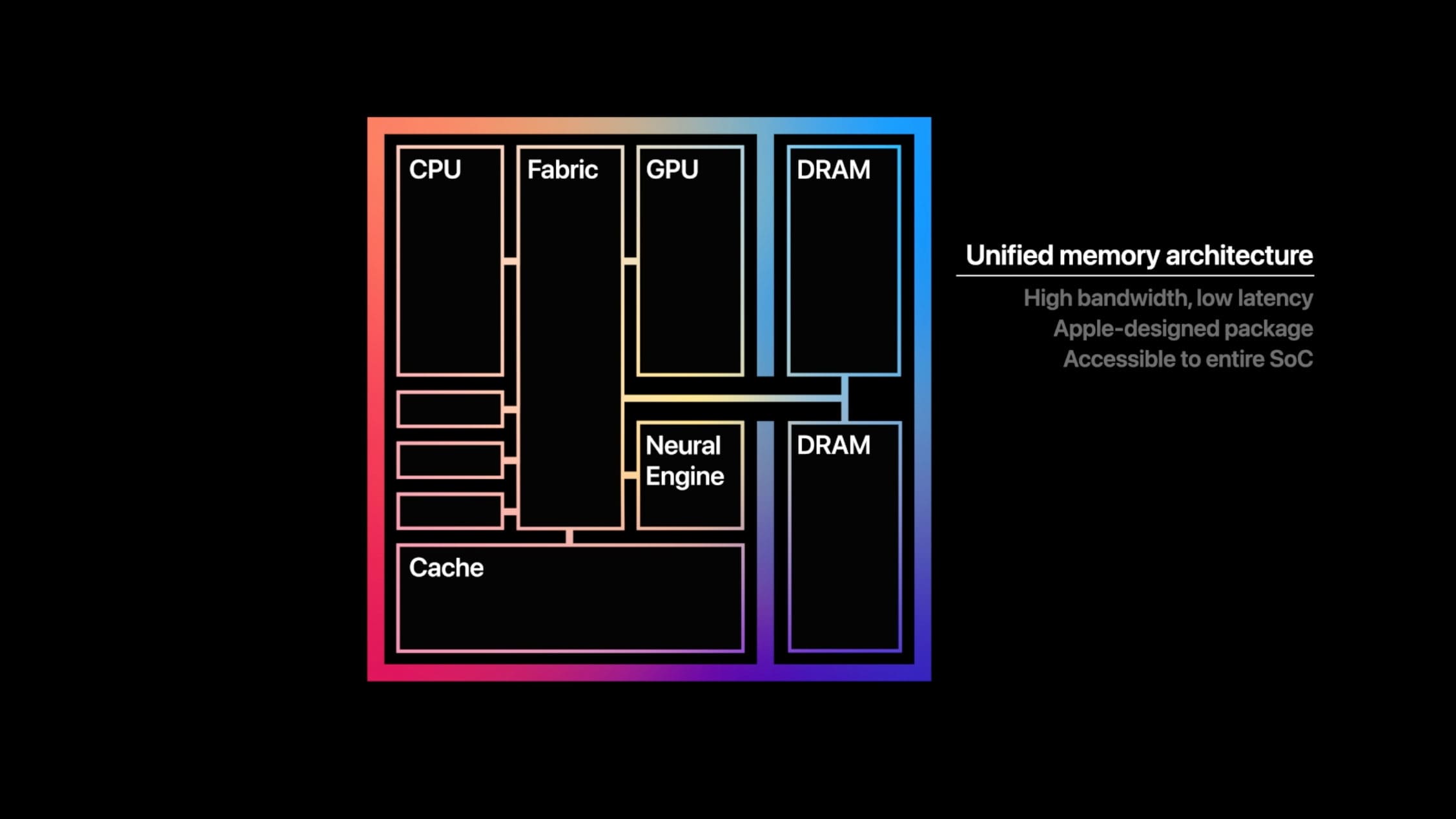 Apple announced three new Mac computers on Tuesday: a MacBook Air, a 13-inch MacBook Pro, and a Mac Mini. They essentially look the same as their predecessors.

What’s new this time is the chip that runs them. Now they’re powered by Apple’s M1 chip instead of Intel processors. Tuesday’s announcement marks the end of a 15-year run where Intel processors powered Apple’s laptops and desktops, and a big shift for the semiconductor industry.

Apple is the fourth-largest PC maker measured by shipments, according to a Gartner estimate, so its plan to use its own chips in its entire lineup of laptops and desktops, first announced in June, is a blow for Intel.

Apple’s chips are based on ARM technology, as opposed to the x86 architecture that Intel’s chips use. ARM was originally designed for mobile devices, and chips built with ARM designs are consistently more efficient, leading to longer battery life. On a laptop, that could mean several extra hours away from the plug.

But that’s only one reason why Apple is switching out the brains of its laptops. Here’s a rundown of why Apple made the move:

For a computer hardware company, there are few technologies less essential than the silicon processors that the machines run on.

Apple has invested heavily in its silicon department, including major purchases, starting with a $278 million purchase of P. A. Semi in 2008, which started the department, and most recently, $1 billion for part of Intel’s modem business in 2019. It’s been building its own A-series chips for iPhones, iPads, and Apple Watches since 2010. Now it’s essentially bringing the same technology to laptops and desktops, meaning that all Apple computers basically run on the same framework.

“Apple Silicon is totally in keeping with the strategic goal of Apple to really control an entire stack,” CCS Insight analyst Wayne Lam said. “Now in computing, they own everything from silicon to the software to how the user moves the mouse around, so it’s tremendously integrated.”

Controlling its own technologies helps Apple integrate its products more deeply. It also means that it runs its own schedule — chips take 3 years to develop, Apple senior vice president Johny Srouji said last year — and has more control over costs.

“Apple thinks they can innovate faster than the standard business model of Intel or Qualcomm doing the development on chips and then they build on top of it,” Lam said.

Intel is falling behind in manufacturing. Apple proudly said on Tuesday that the M1 chip in the new Macs uses 5-nanometer transistors.

“Five-nanometer is the leading edge of process technology right now and there are only a few products out at this point,” Gartner analyst Jon Erensen said. Currently, Intel is shipping chips with 10-nanometer transistors.

In general, the more transistors a chipmaker can fit into the same space, the more efficient the chip is. Currently, Intel ships chips only with 10-nanometer transistors.

Intel famously controls its own factories, called “fabs,” around the world, compared to Apple, which contracts with companies in Asia to manufacture chips to its own specifications. But Apple’s chip manufacturing partner, TSMC, can make 5-nanometer chips while Intel can’t.

“Intel’s had some challenges over the last couple of years on the manufacturing side. And I think those challenges have opened a window or opportunity for ARM-based designs for come in. Apple is one of the the best ARM-based processor designers out there,” Gartner analyst Jon Erensen said.

Earlier this year, Intel CEO Bob Swan said that it was considering outsourcing its manufacturing, like what Apple does.

“With the challenges that Intel has had moving to 10-nanometer and 7-nanometer while foundries like TSMC and Samsung have pushed more aggressively, it’s taken one of Intel’s key advantages and leveled the playing field a bit,” Erensen said.

It’s clear that the new Macs will have improved battery life. Apple’s previous chips have been used in smartphones and tablets, which have significantly smaller batteries.

During Apple’s launch event on Tuesday, the company emphasized how it mainly evaluates chips on performance per watt, not raw performance.

On the entry-level MacBook Air, Apple says that it can manage 15 hours of web browsing on one charge, nearly 30% more than the advertised 10 to 11 hour battery life of the previous Intel-based model.

The new Macs also work more like phones or tablets, Apple said, with features like the ability to wake up from sleep instantly. The new M1 Macs can even run iPhone apps, if the developer takes a few steps to make them available on Apple’s App Store.

However, analysts warn that Apple’s performance claims, like that it is faster than comparable PCs, will need to be tested once the computers hit shelves next week.

“Performance of the new M1 chip is nearly impossible to gauge as the company didn’t provide any detailed substantiation around any of the performance claims made,” Moor Insights founder Patrick Moorhead said.

Apple did not stop selling Intel laptops on Tuesday, and its highest-end laptops are still Intel-based, suggesting that there are still performance advantages to some Intel chips.