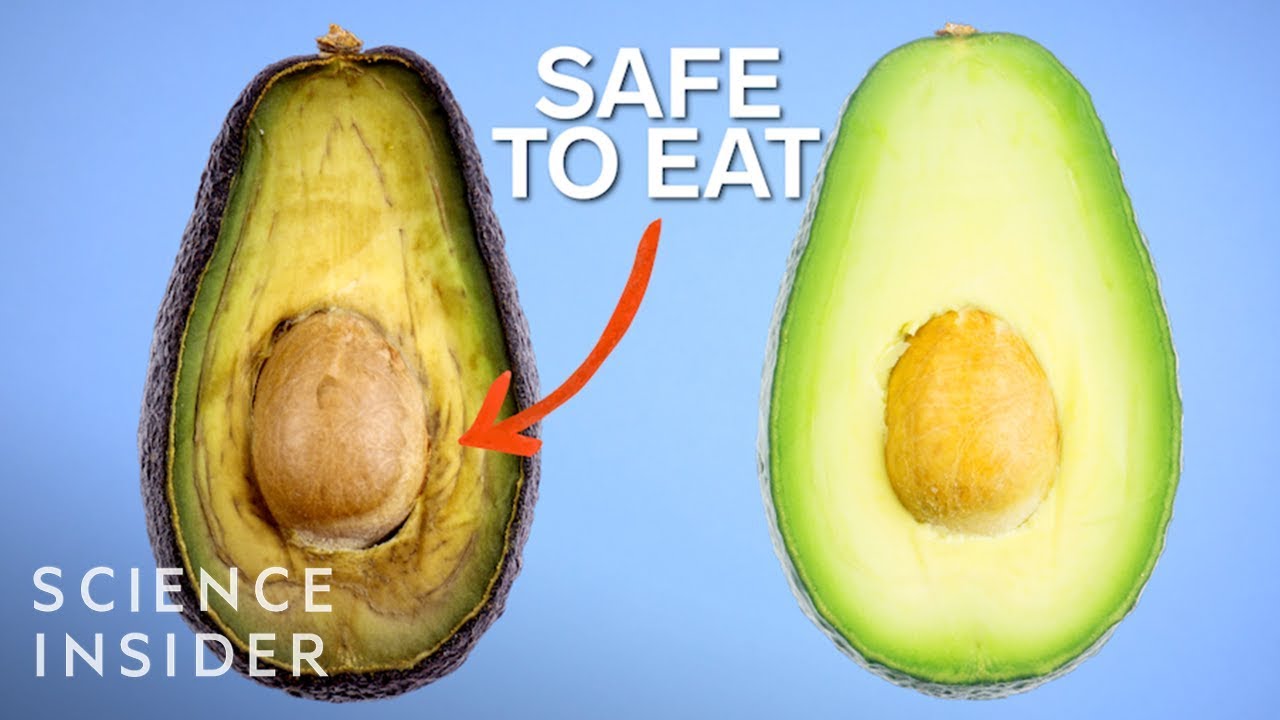 In 1989, the average American ate about one pound of avocados a year. By 2017, that amount had increased sevenfold.

Some people might try to prevent browning by putting the avocado pit in the bowl, but it does not work that way. Just like with apples, bananas, and potatoes, the flesh of an avocado browns when it’s exposed to oxygen in the air. It’s a process called oxidation, and it happens when the oxygen reacts with compounds called polyphenols with the help of enzymes called polyphenol oxidase. This damages the tissue of the flesh, in the process turning it brown. But the brown color is not a sign that it’s spoiling. You’d have to leave it out for a few days before it spoiled from oxidation. That brown color is actually from a nontoxic chemical called melanin. It shows up in everything from fruit to the iris in your eyes.

Needless to say, that bowl of brown avocado won’t hurt you. However, the more oxidation that takes place, the more tissues it damages. For example, bruising or chilling an avocado for too long can lead to significant oxidation, which actually damages so much tissue that it changes the texture and flavor of the fruit so that it’s mushy and bitter. But a little browning won’t make a difference.

How fast your avocado browns depends on the environment, like how much oxygen is in the air, what the temperature is, and how acidic it is. Warmer temperatures accelerate the chemical reaction, turning your avocado brown faster. But if you squirt some citrus on the top, the acidity prevents oxidation, and you can keep it looking fresher for longer. Either way, even though we couldn’t agree on which tasted better, both were perfectly edible. So next time you have some old avocado, don’t just throw it out. And if the unsightly brown ruins you’re appetite, just give it a quick stir, and voila.

What Happens When You Drink Too Much Water

Why Hardly Anyone In Israel Is Allergic To Peanuts

Why It’s OK To Eat A Brown Avocado